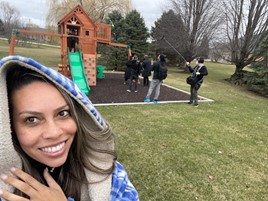 Filmmaking is an art that comes from a complex procedure. It involves everything from scriptwriting to directing to producing to acting. A great film needs to be perfect in all the factors. It is an art that depicts the reality of society and shows it to the entire world. Filmmakers worldwide aim to develop new ideas to harness the viewers’ attention and entertain them through their pieces of art. Most filmmakers aim to spread awareness to the masses in order to bring a better change in society. Films have a strong impact on their viewers. When a person watches a film, they always take something from it. Therefore, filmmakers around the world add society’s loopholes in their pieces of art to portray the real image of the world and ensure improvement. One such filmmaker who utilizes her films as a medium to spread social awareness is Kelley Kali – an American filmmaker (director, actor, producer, and writer). Kelley is a successful emerging filmmaker who has received several awards for films that greatly impact social issues.

The glamor industry attracts a wide range of artists to create their names and gain fame through their film art. Especially in the era of social media, mainly YouTube, numerous artists are passionate about trying their luck in the filmmaking profession. Out of thousands of artists, only a few get the chance to gain recognition and step into the professional world. The competition is not easy. One needs to adopt the practice to improve the filmmaking skills as great as possible. Nobody has the built-in filmmaking talent. However, people who passionately work to enhance their art and indulge in day-to-day practice can enjoy the taste of success.

A successful filmmaker focuses on many aspects to create a high-quality film that not only depicts advanced cinematography, strong direction, and attractive scriptwriting, but it is also well-enough to meet the target audience’s expectations. Gone are the days when completing a simple checklist was enough to make a film that cheers the audience easily. Today, the audience is well-educated and aware of all the technicalities that should be included in a good film. Therefore, it is quite difficult for a debutant filmmaker to build a name in the industry and climb the ladder of success.

However, a unique story that opens the eyes and creates goosebumps in the audience with effective cinematography can fulfill a good film’s true requirements. Filmmakers like Kelley Kali are aware of such filmmaking recipes and the audience’s requirements. They put in the effort to create films that entertain the audience and spread awareness of social issues. After recognizing the audience’s taste and strong impact, film producers, scriptwriters, are directors around the globe have adopted the practice of highlighting societal issues in their films. Kelley Kali is one of those content creators who know what the modern audience requires. She has worked on various projects that portray societal problems that need the strong attention of the masses. She aims to open the eyes of the masses through her piece of art.

Born and raised in Northridge, California, Kelley Kali is a rising star in the film industry. As a filmmaker, she has worked on great projects in the television and film industry. She graduated from Howard University and USC School of Cinematic Arts. Kelley got on opportunity to enter the industry during a stint at National Geographic Television and Film, where she began her career in TV and filmmaking. Then, she directed a TV series, ‘Noh Matta Wat.’ From there, she got opportunities to start her directing career in filmmaking and directed Behind the Scenes (BTS) for a PBS production. In the filmmaking industry, Kelley also co-directed James Franco-led production. She tried her luck in scriptwriting along with directing and producing. She produced a short film, Lalo’s House, which won her the silver medal. She received the medal in the scriptwriting category at the 45th Student Academy Awards.

Today, Kelley Kali is well-known for her feature film, I’M FINE (Thank you For Asking), which won her great recognition in the industry. Kelley worked as an actor, director, producer, and writer in the film. It was released on the OTT platforms. The film focused on a societal issue in which a young widowed woman is depicted as homeless with her eight-year-old daughter. The woman had no shelter to live in and went through many struggles to find a permanent home. The film received Kelley many awards and significant fame in the filmmaking industry.

Most recently, Kelley has been selected for the 2021 Academy Gold Fellowship for Women. She received the award along with another filmmaker, Waad al-Kateab, as the domestic and international recipient. The academy is a global talent development initiative that encourages emerging women filmmakers to produce films via financial support, mentorship, and access to golden opportunities. Kelley Kali has been shining her name in the filmmaking industry due to her restless effort to produce quality content that focuses on social issues.