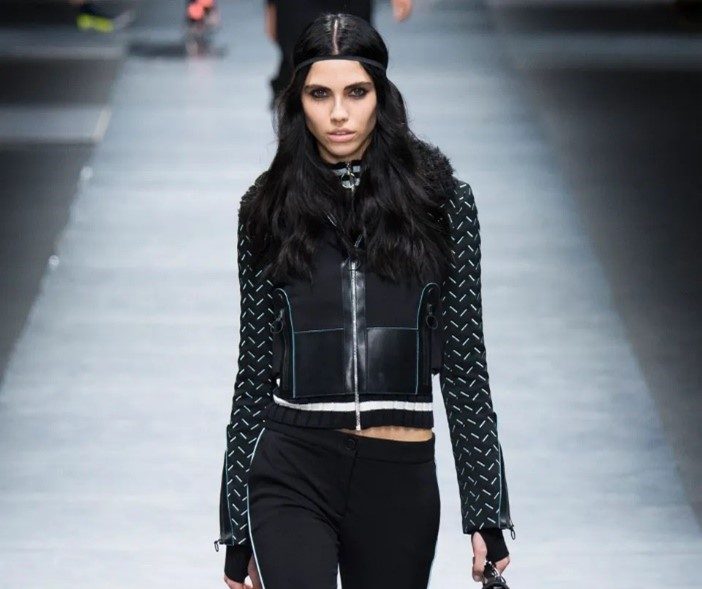 Raven-haired Russian beauty Diana Galimullina is known for her work for Versace and 100% ‘Tatar’ appeal; the supermodel has turned her attention to being an inspiration for young upcoming female models globally.

Fashion industry sweetheart Diana Galimullina has made one of the most impressive modeling debuts of the previous decade. Magnificently sustaining the hype around her to carve out a top-tier modeling career, she is a 360-degree fashion model.

Born in Kazan, Republic of Tatarstan, on August 09, 1994. The Russian model comes from Kazan (Tatarstan). Her parents are Tatars, and so is she. Diana completed her education at Kazan National Research Technical, and later she got into a music school to pursue her passion for music. Her interest in piano led her to pursue a bachelor’s degree in music with excellent grades.

Her career began when Galimullina’s mother Elizabeth saw a TV commercial for an acting modeling school, and she insisted Galimullina enroll in that course. When she arrived at the school, the director noticed her and decided to take polaroids of Galimullina to send them to her friend. After that, the team of Vogue Russia immediately arranged to meet the 16-year-old. This was a life-changing moment for Diana as she got her first job; she was hired to shoot for Vogue Russia at the age of 16. When Vogue Russia came out, she signed with the Next model agency worldwide (New York, Milan, and Paris).

In 2011, Diana was sent to Milan, and it was the first trip of her modeling career. She was 17 years old when she first time visited a modeling agency. In Paris, Diana had her first fashion week; she got there, visited her agency, and discussed the schedule of castings. For her, the map size of Paris was much more difficult than in Milan.

Every morning, Diana visited the agency and checked her outfits and fittings. Soon after that, the agency handed Diana her own portfolio; they printed her a paper that had Diana’s name, time, and locations of the castings. It would consist of up to 15 castings each day and fittings for brands who had already chosen Diana for their show and deciding what clothing she would wear for their fashion show.

Diana Galimullina summed up her first fashion week journey in a few words;

“Me, first time in Paris, barely speaking any English, wearing high heels and carrying a big book in my backpack, attempting to make it on time and to the correct place with a map in my hand… I recall that it was in Paris where I had to grow up really quickly. But it was such a wonderful experience that I will never forget!”

Nowadays, getting to castings is much easier; all you need is your iPhone to remain in touch with the agency via email, check where to travel using internet maps, and keep track of your schedule.

Galimullina made her runway debut in 2013 for Vivienne Westwood, Kenzo, and Calzedonia, among others. In 2015, she began exclusively working with Christopher Kane, and she also closed the finale of his London fashion show. She was then invited to collaborate with Donatella Versace on her Couture line, and she was nominated to walk the Couture Versace and ready-to-wear shows.

Galimullina worked on a campaign for Versus Versace by Antonio Vaccarello. She also worked on the Versace Medusa bag campaign as well as the Versace Home campaign. She was exclusive to the Givenchy by Ricardo Tichi fashion show in Paris and other top models, including Bella Hadid, Irina Shayk, Maria Cala Boscono, and Natasha Poly.  With that, she was featured in the Ermanno Scervino lingerie photoshoot. Galimulina then appeared in the Roberto Cavalli Sport campaign in 2019.

She joined the Los Angeles-based model agency named Photogenics in 2019. As of 2022, she is working and living in Los Angeles, and she also travels to Europe for direct jobs and photoshoots.