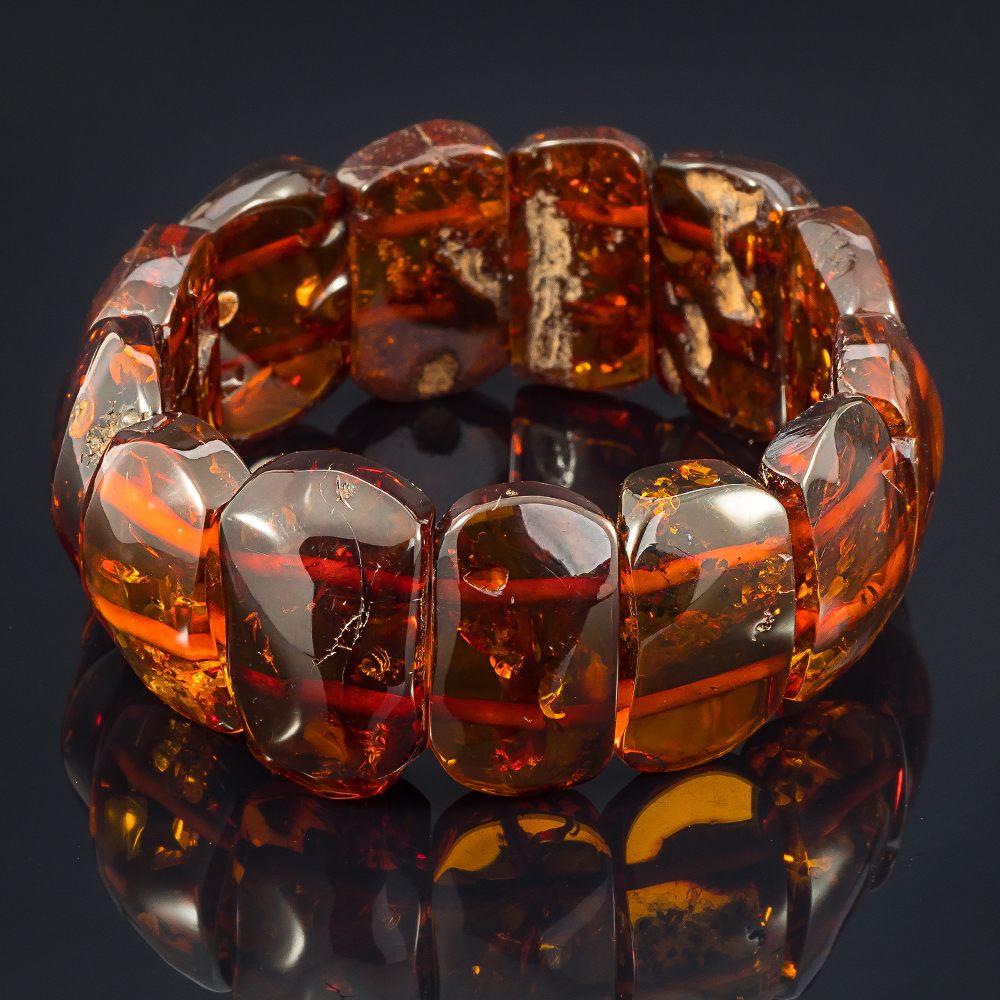 What is Baltic Amber?

Baltic Amber, which is also known as Succinite, is a fossilized form of tree resin containing varying quantities of succinic acid. This transparent solid, which presents itself as an aesthetic mineral stone, is actually formed by the conversion of a thick fluid extracted from the tree that solidifies over time. Baltic Amber has been used in several forms in the past for its exceptional pain-relieving and anti-inflammatory properties. An interesting fact about this unique resin is that it is almost 35 million years old, which almost all of its sources are located on the Baltic Sea in Russia – which gives it its name. The Amber, which gets formed by the fossilization of the tree resin, gets brought up by waves to the coastlines of the Baltic Sea, where it may be collected.

The active component known as Succinic Acid is found in varying quantities in the Baltic Amber. This component of the stone gives it exceptional healing properties. Studies have shown a percentage of at least 3 to 8% to be present inside the usually extracted Baltic Ambers. However, a majority of this succinic acid is present in ester bonds formed with the hydroxyl groups of other compounds. (1)

Moreover, it has been noted that the highest proportions of the Succinic Acid are found in the outermost layers of the Baltic Amber, known as the Amber Cortex. This will allow greater absorption of succinic acid into the body due to the greater degree of contact of the outer layer with one’s skin surface.

There has been a rising trend of using Baltic Amber in the form of jewelry, particularly bracelets known for their unique appearance and healing properties. After this organic stone is harvested from its source, It is shaped into unique beads, which are then strung in the form of a bracelet. It is believed that the continuous contact between the bracelet and the skin helps warm up the Baltic Amber Beads, which in turn release the Succinic acid onto the skin. This is then absorbed into the body via the skin and helps produce positive changes in the body.

Baltic Amber has most popularly been used for its pain relief properties, especially for those individuals who keep away from the unnecessary use of pain killers and are looking for natural and harmless pain remedies. While it was previously used in the form of teething necklaces for babies who were agitated due to their erupting teeth, it is now used in the form of bracelets popularly used by young women.

The reason behind the analgesic properties of the Baltic Amber Bracelets is the succinic acid which gets released from the beads and gets absorbed into the bloodstream. The anti-inflammatory and analgesic effect produced by the succinic acid in the body helps provide prolonged relief to the user and prevents them from unnecessary use of pain medicines. (2)

The pain-relieving properties of Succinic acids were further investigated in a study conducted on 120 individuals who belonged to the age group of 21 to 55. These individuals were divided into groups, after which 67 of them were given preparations of Succinic Acid known as Cytoflavin, which was injected into their body once a day. After ten days of treatment, it was found that the group given the Succinic acid preparations has significant pain relief, along with restoration of their skin sensitivity and reduced intensity of neuropathic pain. (3)

Unlike the synthetic stones, which are commonly being used in the form of jewelry commonly available in the market, Baltic Amber is a natural fossil resin that has always been known for its healing properties. In addition, while the synthetic stones, which are impure in nature, are more likely to cause an allergic reaction on the skin due to the unknown discharge or reaction they may produce, Baltic Amber is known for its release of Succinic Acid – which is easily tolerated by the body.

This was also further investigated in a study with the aim of evaluating the possible allergic reactions caused by Baltic Amber on the skin. The results of the study showed a negative use test of Amber in patients who have tested positive for reactions to Amber. Moreover, it was concluded that the use of this resin in personal ornaments like bracelets does not pose a clinical problem for the user. (4)

Along with its numerous other health benefits, Baltic Amber Bracelets may also play a role in fighting antibiotic-resistant infections, which were previously thought to have life-threatening consequences for the patients. It has been estimated that these infections affect at least 2.8 million individuals living in the United States each year and eventually take at least 35000 lives. Experts believe that certain substances present in Baltic Amber have the ability to help fight antibiotic-resistant infections in the body and help protect the user from debilitating consequences of these.

The compounds which were recognized to be present in the Baltic Amber found in the Baltic Sea regions included Abietic Acid, Dehydroabeitic Acid, and Palustric Acid. When these components were tested again, different species of Bacteria, like gram-positive bacteria known as Staphylococcus Aureus, were found to be effective against these bacteria. This shows the immune-boosting and disease-fighting properties of Baltic Amber and calls for a need for greater use of this organic resin for the general population. (5)