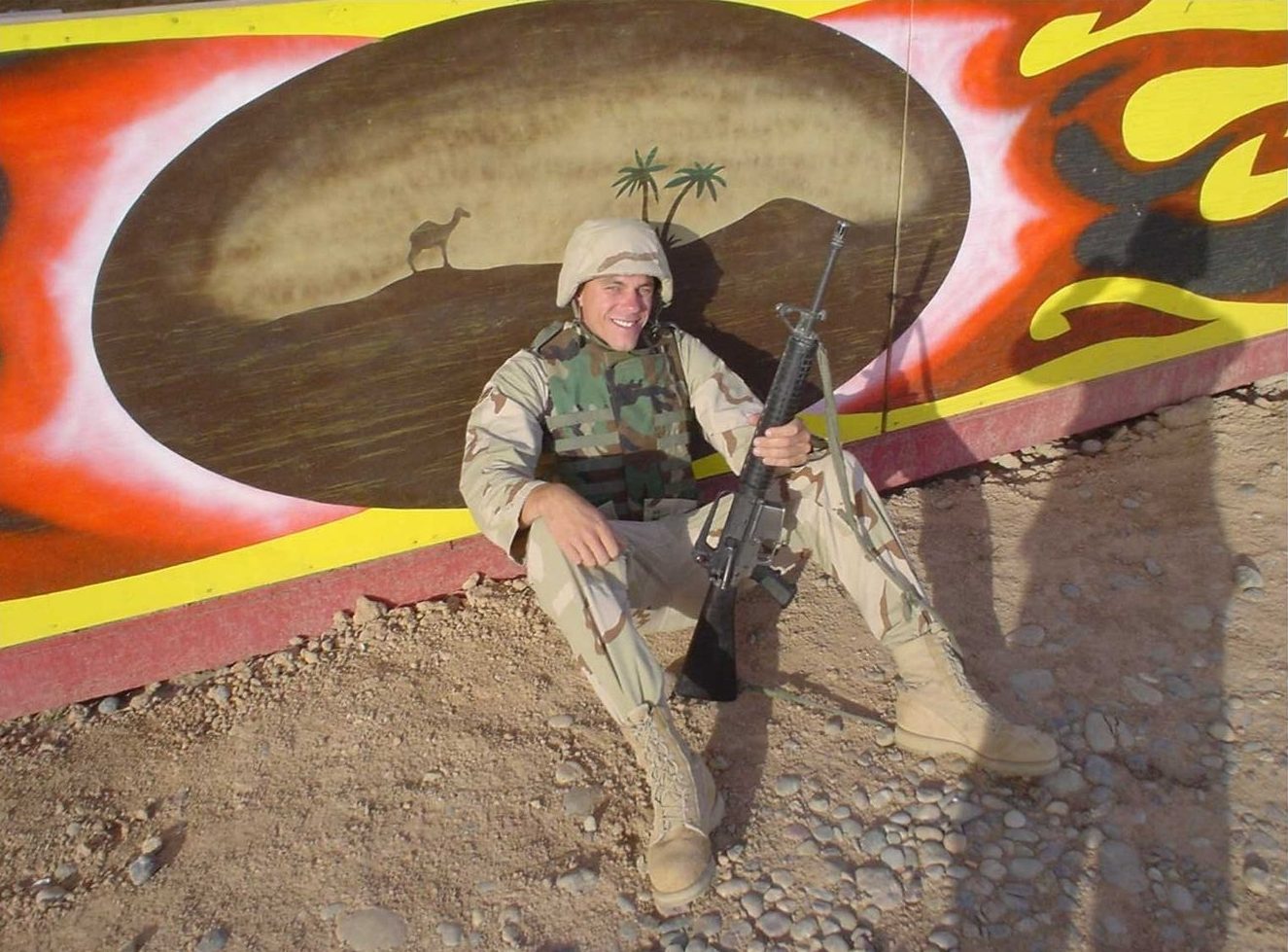 THERE ARE BLESSINGS DURING THOUGH TIMES…

Paul Karsko was born in Houston, Texas, but was raised primarily in Brigantine, New Jersey. After High School Paul joined the Air Force and started College. While going to school in Northern New Jersey Paul decided it was time to go tropical and moved to Puerto Rico. Two years later, while going to school and serving in the military, he was deployed to Iraq for 9 months as a .50 Call Machine Gunner. He was apart of the first Air Force troops on the ground in combat since World War II. Paul participated in one of the largest tactical road marches on record moving class I and III supplies from the Turkish border to Ballad as part of a team providing route security. Paul successfully contributed to the completion of more than 500 missions, and safely conveyed civilians along some of the most dangerous highways in the world. Paul was recognized for Committed Service, awarded a 1ST ID Combat Patch, and an Army Commendation Medal Returning to Puerto Rico Paul completed his degree in Business Management and decided it was time to move back to Jersey. Checking his email late one night he received a message from a fellow veteran. The email stated Matt Damon was doing a movie about Iraq with Universal and wanted real Veterans to attend the casting, which would be the following morning. He was convinced this was spam or some junk mail scam. Paul had never heard of The IAVA, and was thinking they were trying to scam unknowing veterans out of money. Both his Mom and Sister convinced Paul to take the three-hour drive North to New York City for the casting and take his chances. He spent the entire ride thinking it better not be a scam. Arriving at the casting Paul had 2 questions for the first person he saw. Where is the bathroom and is this a scam? The Co-Producer took an instant liking to Paul and exchanged some war stories as they walked to the men’s room. Confident this was on the up and up, it was time for Paul to step in front of the camera. Answering questions for the producers and taking his first stab at improve Paul was not quite sure where this was going. A month later his was on a plane to Spain to work as an Advisor on the set of The Green Zone, starring Matt Damon, Greg Kinear, and Amy Ryan. It was not until he was on set that he learned he would be playing Paul Sims, a Sniper. With no previous acting experience Paul took on the role and worked hard to learn this new craft. The direction of Paul Greengrass and the encouragement from Matt Damon went a long way in bringing out a strong performance from Paul. It was easy for him to see why their movies are so successful. As a Patriotic Veteran it was very important to Paul that the accuracy and authenticity of the film stayed trued to his real life experiences in Iraq. It did.

Fast forward 2021 Paul has created a new webinar to help anyone interested learn safely how to navigate the wild wild west of crypto assets specifically drilling down into trading these assets on leverage exchanges as well as how to safely acquire and store them.

As of now this industry is not regulated by any one governing body globally or domestically (this is the nature of Blockchain technology and the new quantum financial system) and is full of unfortunately nefarious actors looking to do harm to others. Paul recognized this and jumped into action creating this platform to help people create life changing wealth without fear of being scammed losing money by anyone while doing so.

After going through the pitfalls being new in the crypto space Paul realized and could not believe nobody after all of this time had ever created a safe and profitable way showing proof how to win in this game and create generational wealth at the same time in doing so.

The cryptography eco system is now finally being recognized by institutions globally as well as even governments such as El Salvador that Bitcoin is voted into law and now officially legal tender. This just confirms crypto is officially here to stay and not going anywhere. The time is now and the train has not left the station for anyone anywhere how to learn this new financial technology.

Besides teaching others how to trade and acquire these financial tools Paul has not forgotten his fellow veterans that may have fallen by the way side and who are now unable to perform physically or mentally the tasks they were used to before being in a theater of combat of operations. In recognition of this Paul is offering a discount to his webinar program for any and all current or past veterans as well as first responders. Also a percentage of all sales are being donated in Bitcoin to non profit organizations that help veterans in need.

Paul’s lives by the moto if you give back in this world more than you take you will eventually be able to sit back and watch the doors of prosperity open. Winning 9 out of 10 trades while working smarter not harder taking back the most valuable asset that money can’t buy. Time.

For more info on Paul’s and if you like to learn his incredible insights, which we highly recommend. Check it out his highly watched masterclass at www.tradingcryptosecrets.com

“We must be free not because we claim freedom, but because we practice it.” – William Faulkner