A Revolution in Two Parts: an Interview with Dan Lemaitre of BlueWind Medical 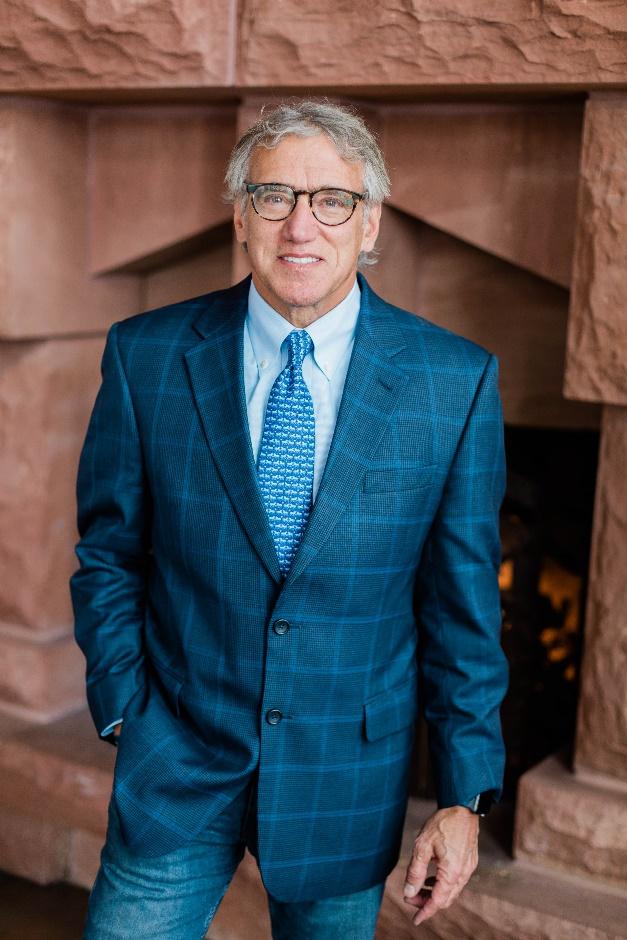 Daniel Lemaitre is the CEO of BlueWind Medical, a medical device company founded in 2010, and he helms the company as they march closer to introducing their upcoming OAB treatment device to the world: the RENOVATM iStim system.

As we sat down to discuss RENOVA, I was curious about Dan’s background, how an investment analyst could make the winding journey to becoming CEO of a medical device start-up.

“Looking back, I can clearly see that there were two main factors that motivated me during my career,” said Dan, recounting his time as an analyst on Wall Street. “First, the ability to actually make a difference. There’s a distinct divide between running a business or just writing about it. The satisfaction of utilizing strategy always brought me joy, and I’m the kind of person who enjoys poring over new information to guide a business’s direction. Quite honestly, I think running a business is fun!

“The second factor came a little later, as I was moving into the operations side of things. A colleague of mine had this thing he’d say: ‘Do you want to get up in the morning and put more puff in Coco Puffs, or do you want to help people?’ And that always stuck with me. So many people get up everyday and do what I’m sure are nice jobs, but it’s not the same as helping people.

“When I became involved with medical technology, creating devices that had a tangible, positive effect on the lives of patients, I remember experiencing their joy firsthand. I saw how my efforts helped people, how my actions made their lives better. That resonated with me. That opened my eyes and showed me how I truly enjoy helping people.”

This drive to help others—to leave a personal legacy through actively changing the world for the better—guided Dan as he moved forward in his career. With that momentum, Rainbow Medical, an Israeli-based medical device incubator, brought Dan on as Executive Chairman for BlueWind, and the problem that needed solving soon became abundantly clear. A physical condition, one that is both incredibly debilitating and incredibly common both in America and worldwide: overactive bladder.

“No one dies of overactive bladder, and yet it has a debilitating, irreversible impact on a patient’s quality of life.”

“Overactive bladder (OAB) is not a life threatening condition. No one dies of OAB, and yet it has a debilitating, irreversible impact on a patient’s quality of life,” said Dan, reframing the conversation around OAB. A physical condition, he emphasized, doesn’t necessarily need to be life threatening in order to deserve priority for medical innovation and attention. Its effect on a person’s life is the true measurement of what needs to be improved.

“OAB causes many patients to be shut-ins—depressed, overweight, and anxious. Because of the condition, they can’t do so many things that the rest of us take for granted.”

For being a physical condition that is often seen as an embarrassment or a joke, the reality of the impact OAB has on patients is all seen in the way it controls their freedom of movement and the focus of their attention. Most OAB patients find themselves remaining in constant orbit of a restroom because, when the sudden, sometimes painful urges hit, they need to know where to go. Worse, even within close proximity of a restroom, patients need to constantly break away from activities and events or risk the abysmal shame of accidentally urinating on themselves.

That need becomes an anchor coated with shame. Travel and life activities are limited to what’s near a restroom. Important events are interrupted or missed entirely. Professional meetings are laced with the fear or anxiety that an uncontrolled leak could have devastating consequences.

No one dies of overactive bladder, as Dan had said, and yet it has an irreversible, debilitating impact on a patient’s quality of life.

The struggle with OAB is far more common than one may think. According to the American Urological Association, 33 million Americans have OAB, and that number is believed to be even higher simply because many people are too embarrassed or ashamed to seek treatment. Coupled with the embarrassment, though, is simply the fact that current treatments all fall short of satisfying care.

“Even though there’s been therapies out there for a long time,” said Dan, “Drugs, Botox, Sacral Nerve Modulation—the vast majority of patients are in the ‘watchful waiting camp,’ because there’s nothing that really meets their needs.”

It’s here that the RENOVA iStim seems poised to excel. Not simply because it’s another form of treatment, but the fact that, when it comes to the actual form of the treatment, RENOVA offers what the other therapies don’t: patient-focused, potentially effective treatment that reintroduces freedom of movement and freedom of choice to a patient’s life.

“We know neuromodulation works, these therapies exist. What hasn’t worked, however, is the form factor. BlueWind has developed a form factor that works for both patients and physicians.” 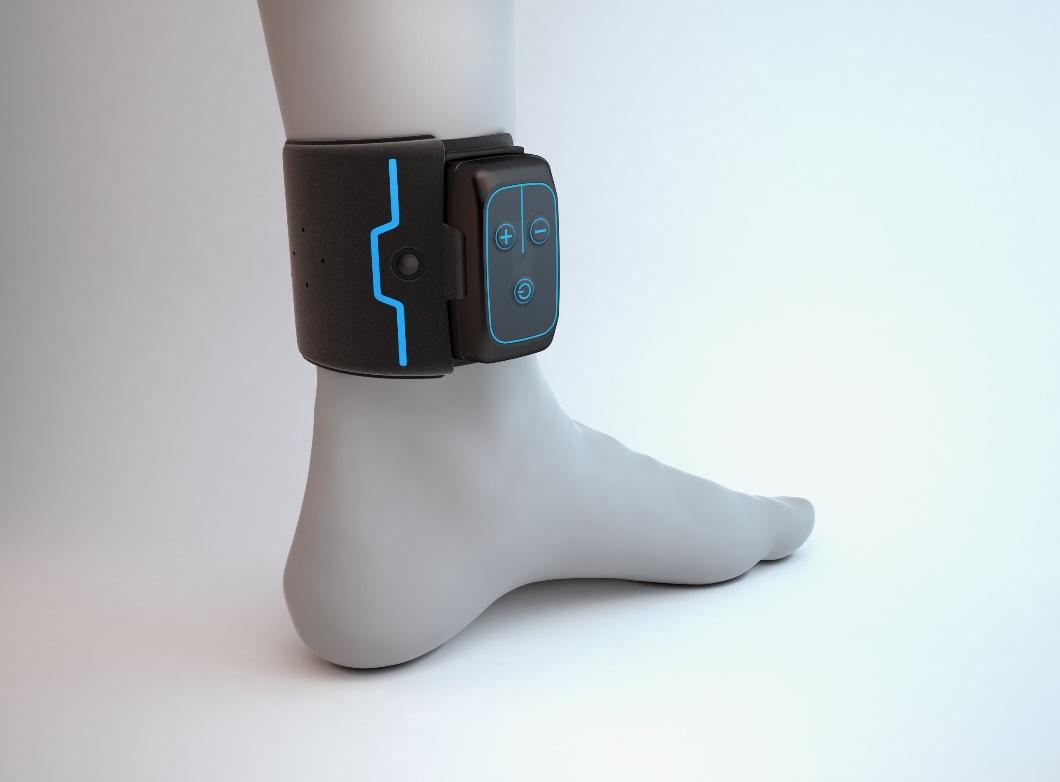 The RENOVA iStim system is an investigative device and not commercially available, but the feedback from its pilot study, Dan mentioned, was encouraging.

In its pilot clinical study performed in 4 clinical centers in the UK and Netherlands, after only 6 months of simple, daily treatment, more than 50% of patients reported at least a 50% decrease in urinary leaks, and 28% of their patients reported reaching a point where they were fully “dry,” ending all symptoms of incontinence.

BlueWind is now investigating the device in a pivotal study at more than 25 centers in 4 countries, and their anecdotal feedback has been terrific. “We just had a patient write to us the other day about how, for the first time in years, she can walk her dog,” he said. There is probably no better surrogate marker for improving the quality of life for patients than that: the simple freedom to perform everyday activities.

“I like to tell people, we’re not a science project,” said Dan, when asked about the innovation behind RENOVA’s treatment system. “Ancient Chinese medical practitioners figured out many years ago that acupuncture can trigger signals that run up your tibial nerve and end near your sacrum. These signals can disrupt inappropriate signals to the brain, where your bladder says it’s full when it’s not full.

“We know neuromodulation works, these therapies exist. What hasn’t worked, however, is the form factor. BlueWind has developed a form factor that works for both patients and physicians.”

RENOVA’s form factor is, quite clearly, its most impressive feat.

First: the stimulator. A tiny cylinder of advanced miniaturized technology, the stimulator is just over an inch in length and has a diameter similar to the size of a match. Implanting the device requires a simple procedure above the patient’s ankle using only local anesthesia, a process which takes half an hour or less. The stimulator rests comfortably nestled along their tibial nerve, out of sight and requiring no follow up treatments for therapy or battery replacement. That stroke of patient-focused independence is part of the magic when paired with…

Second: the ankle bracelet. Lightweight, comfortable, and the heart of the treatment therapy, patients wear RENOVA’s ankle bracelet once a day for half an hour or more, depending on their own personal preferences, to undergo treatment. The ankle bracelet wirelessly communicates with the stimulator to perform Tibial Nerve Modulation (TNM) therapy, but the smart communication between the bracelet and stimulator is what sets it apart from current therapy treatments.

“During treatment, patients will feel a light sense of paresthesia—or, to put it simply, a tingling in the foot—as the ankle bracelet constantly interrogates the stimulator to make sure that the patient is getting a therapeutic dose of energy,” said Dan, divulging on the technical workings of the paired devices.

“There’s a closed loop feedback mechanism that simply means, if the patient turns the wearable unit on, they will get a therapeutic dose of treatment.”

This freedom, the ability for the patient to perform therapy treatments on their own time, at home or wherever they please, without the need to schedule or visit a clinic on a routine basis isn’t simply an advancement in OAB treatment. It’s the beginning of a new form of treatment, entirely.

Other forms of neuromodulation therapy make hefty demands of the patient’s time and body, requiring months of repeated visits to their clinic for treatment—a demand echoing the debilitating control OAB already has over their life—or to undergo invasive surgery under full anesthesia to implant a large device in their lower back. When this device’s batteries lose their charge—which, again, is a “when,” not an “if”—that’s another surgical procedure to replace the batteries, leading many patients to always feel the background doubt of, “Should I give myself the full level of treatment, or will that drain the battery too quickly?”

RENOVA, as Dan put it, is indifferent.

“You don’t have to make a trade-off between how much a patient uses the device and the effectiveness of treatment,” he said. “If somebody wants to use our device two hours a day every day, have at it! The battery is rechargeable, and the ankle bracelet keeps the stimulator powered wirelessly.”

More than simply the form of the device itself, even the method of receiving RENOVA is easier.

“By the time a patient presents to either the urologist or the urogynecologist,” said Dan, “They’re well aware of the debilitating aspects of OAB, and they’re looking for a solution. The good news is, they’re already sitting across the desk from someone who can directly help them.”

“Solving the complications of OAB is truly life changing for people.”

“Here’s what we’re believing the RENOVA will do,” said Dan, “Draw in patients to a treatment modality that is less invasive, patient-centric, potentially highly efficacious, and devoid of serious adverse events. Solving the complications of OAB is truly life changing for people, and that is exactly what RENOVA sets out to do.”

When a mission to improve the lives of others leads to advances in therapy and treatment, we see it as a natural step forward for innovation. When it ushers in a new era of treatment entirely, it can only be called a revolution.

The RENOVA iStim system, again, feels like science fiction. It feels like the kind of tech we read about in books, or would see The Jetsons showing off as they zip around their house in floating chairs. A wireless connection between devices that sends therapeutic treatment along your body’s nervous system while monitoring output, all as you have the freedom to go for a walk, clean your house, or simply relax in the comfort of your own home—it doesn’t feel like that kind of technology should be real.

And yet, RENOVA is in the late stages of garnering FDA market approval and is predicted to reach the consumer market by late 2023.

A tangible, lasting impact on the world. I stop and think back to Dan’s personal mission, and then look at the advancements made by BlueWind and RENOVA.

You can keep your puff in Coco Puffs, this new era of OAB treatment looks mighty fine, to me.

Learn more about BlueWind Medical by visiting their website BluewindMedical.com