A decentralized group of innovators and visionaries, focused on mitigating the causes and potentially cataclysmic effects of climate change. Co2Bit, will help Countries to finance local projects to combat global warming’s negative effects on our environment, wildlife, and inhabitants.  Co2Bitcoin has already been used to acquire and protect over 100 million trees in the Brazilian Rainforest, ensuring that they will be preserved, isolating millions of tons of Co2 while sustaining its flourishing habitats, for generations to come.

The Biden Administration has committed to rejoining the Paris Climate Accords and made a priority the US ‘s efforts to become more ecologically responsible. Along with other nations, the world’s largest economy is moving towards universal cooperation to combat a universal threat – Global Warming…not just in words written or spoken, but with actions. Visionary, Bill Gates, “The fact that dramatically higher temperatures seem far off in the future does not make them any less of a problem—and the only way to avoid the worst possible climate outcomes is to accelerate our efforts now. “ 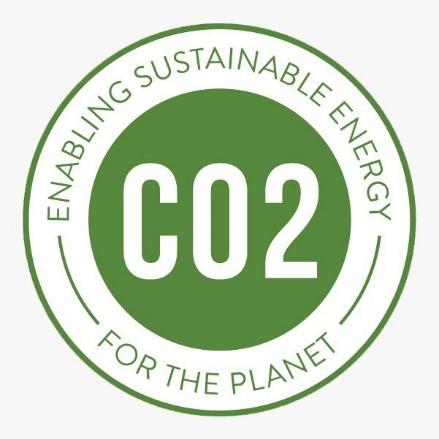 Co2Bitcoin has already signed partnerships with many countries across the globe to name some such as Madagascar, Zimbabwe, Kenya, Niger, Sudan, Guinea Bissau, Congo Brazzaville, Malawi, Angola, Mali, Guinee, Gabon, Ivory Coast, the Edo Province of Nigeria, Somalia, and the Democratic Republic of the Congo (DRC), and individually the provinces of Kwango, Maniema, Bas Uele, Kwilu, and Equateur. The goal of Co2Bitcoins is to be partnered with more than one hundred countries by the end of 2021. It has many advantages, that points to its sustainable impact on the global environment:

“We are beyond the debate over what percentage of contribution is due to human fossil fuels use and deforestation. We need to plan now for the inevitable migrations, human and animal, the housing for these billion displaced refugees as well as the water and food needed. We need to reengineer our social contracts and find an economic engine to support this displaced population of unprecedented scale. Co2Bit is dedicated to this effort to address that which is not simply measurable in tons of Co2”, Ronald J. Wilkins, Chairman Co2Bit Technologies.

Co2Bitcoins are suitable offsets to be used by emitters in addition to or in lieu of voluntary carbon credits and can be distributed via bank, forex exchanges offices and regulated public and private entities. Co2Bit utilizes the Ethereum ERC-20 platform which has a miniscule footprint to that of Bitcoin. On February 5, 2021 CNBC stated “Bitcoin has a carbon footprint comparable to that of New Zealand, producing 36.95 megatons of CO2 annually” referring to the amount of energy necessary to mine for the coins.

Decentralized Finance (DeFi), and the rising appetite for Environmental, Social and Corporate Governance (ESG) impact investing. The Co2Bit currency, like any other, depends on its utility, and of course supply and demand, to determine its exchange rate.

Co2Bit has many advantages that point to its sustainable impact:

Co2Bitcoin could become a new financial instrument used by countries and corporations as a voluntary carbon credit. This Co2Bitcoin could, specifically, be mentioned in the environmental annual reports of companies to raise their ESG rating. This will ultimately result in Co2Bitcoin being employed more and more, increasing its liquidity and utility. Co2Bitcoin, when injected into climate mitigation project financing, facilitates technological innovations in solar, wind, and hydroelectric power stations, new technologies for making steel and plastics, advancing agricultural yields, and other projects impacting deforestation and reforestation globally.

In the words of Anatoly Karpov International Statesman & Ten-Time World Chess Champion, ” Co2Bitcoin is a real, practical step to try and solve the problem of Global Warming which disturbs the whole world.“

For additional information go to, www.co2bit.com