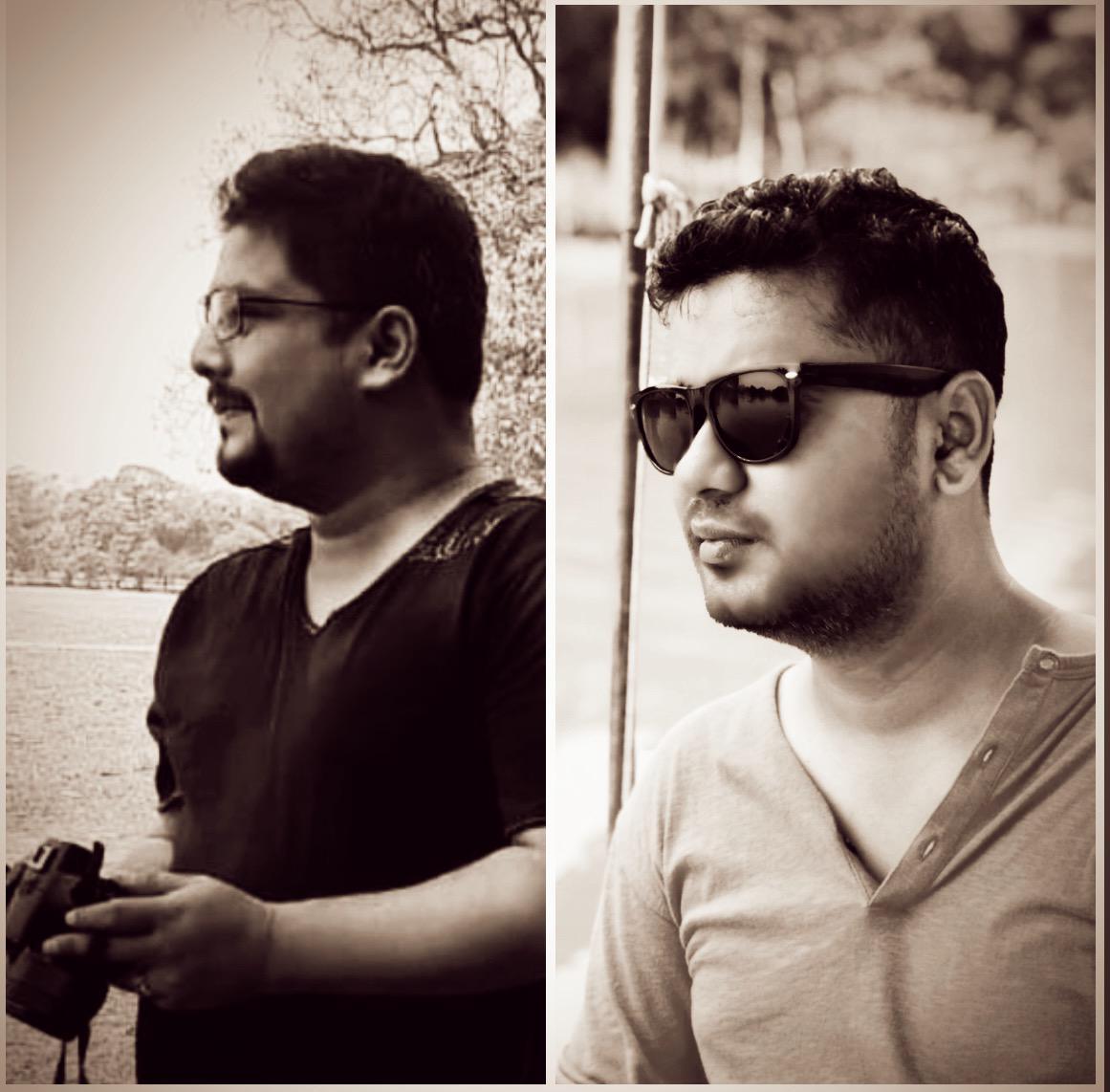 We’ll be presenting you today, the exemplary story of two childhood friends, drifted apart by their respective careers but again connected through one prevalent interest; the love for film-making.

Biplab Chatterjee and Rudra Sengupta – two school friends from Kolkata, India  recollect their memories of first having tasted the flavour of International cinema and how their film-making journey unfolded during tough pandemic  times.

Let us know how it all started.

BC: During our childhood we were only exposed to Bollywood films and regional Bengali movies. India has a vast culture and the movie industries had their fair share of goods and bads. There are many legendary directors, who have contributed to take Indian cinema to the global level and we were aware of that fact.

RS: What we didn’t know was the extensive Film movements and the course of experimentations in world cinemas. While graduating from college, we started noticing and following movies from countries that people generally do not watch in India, as internet and smart phones were slowly coming to our reach.

What made you interested in learning the art of film making and cinematography?

BC: It only started as having fun and experiencing something new. Out of the box concepts, non-linear narratives, low-budget films made by independent film-makers attracted us the most; not because how cool it sounded but the sublime nature of those films. We watched many films without even realizing their contexts, many made us doubt why in the first place we wasted our time for that particular film. But one bad film didn’t steer us away from the love that we both shared for creative arts. Though we went onto different paths, having jobs and careers which had no distant relation with film making, it always remained as a pivotal part of our lives. So we created “Empty Wallet Independent Films” and started our filmmaking journey.

RS: Almost fifteen years back, we started attending film festival in Kolkata and tried to make sure that we don’t miss any films that we had on our watch list. We were introduced to world cinema. We’ve witnessed numerous approaches, narratives, technologies and genres taking shape and impacting the global audience.  There’s many masters like Kurosawa, Tarkovsky, Bergman, Ray and Ritwik Ghatak to pioneers of modern cinema  like Bela Tarr, Pedro Costa, Lars von Trier & Abbas Kiarostami who have inspired us. Works of regional Indian filmmakers like Adoor Gopalakrishnan and Jhanu Barua also had a deep impact on us. During this pandemic, when we were in strict lockdown, we realized how vulnerable our lives actually are and how we should act upon our dreams and aspirations when the opportunity arrives. Working from home was a blessing and we started studying more new techniques and cinematic languages in our free times. Experiencing the gloomy environment and the destructive nature of the pandemic made us more prone to tell our stories through the lens so that people can connect with the changes and conversions our society is going through.

Tell us about your first movie and the idea behind

RS: We were always fascinated by magic realism in cinema, especially how it was portrayed in certain Latin American Cinema. Though it is not considered as a conventional film genre, the characteristics are frequent in many prominent directors’ works like Hayao Miyazaki, Alejandro González Iñárritu, Fernando Solanas, Jos Stelling, Emir Kusturica, Woody Allen, Guillermo del Toro and many more. The contrasts of magic and reality to enhance the beauty and understanding of the real world are what we thought worth exploring in our narrative. Also works of great Bengali writer Nabarun Bhattacharya have been a significant source of inspiration. We tried to implement and incorporate the ideas of magic realism in showing not only the injustice performed by political parties and authorities over common man but also how people have gradually accepted the injustice as a way of life. We all know that somewhere down the line we have realized and endured that corruption and brutality will always present in every realm of life.

BC:  This, being not the problem of a single country, challenges us as a global phenomena and we wanted to bring some sort of poetic justice to the anguished /hopeless labor and working-class. This sounds very bleak in real life but through cinema, I guess that desired outcome can be achieved that we always want to see in our society. In this film, some politicians misuse their power to only become the subject of ridicule for the audience as they are physically affected by unnatural phenomenon. Their only path of retribution lies in the hands (more precisely legs) of 5 different categories of working class people. The narrative gives the audience the ultimate satisfaction they always wanted, to kick the corrupt politician in the butt. We secretly all want that, right? A KICK is what all those dishonest and deceitful politicians and leaders should receive, and “The white book” does exactly the same.

Above Image : Posters of films made by Empty Wallet Independent Films

How your thought process changed for next project?

BC: MANUMISSION 30 is a short film which is already out on YouTube and we’ve tried a different story telling and had to shoot indoors completely as its lockdown phase. The thought was random and the subject is primarily disturbing. Even we’re bit hesitant initially but tried to execute honestly.

RS: I was very interested with the premise and have read many related stories and tried to understand the feeling. We humans are complex and what’s more alarming how different people think about any particular subject while in a state of mind. We had to believe in ourselves that we can tell a story and can convince the audience by joining fiction with real events.

BC: We have so many ideas and plots playing in loops in our minds but which one to conceptualize right now is the biggest question for us. We want to create something which would be relatable to the audience and we can play around the premise with magic realism. It can attract and surprise viewers and our creative hunger is satisfied.

RS: We’re currently working on a project called BRIGADE CALLING/BRIGADE CHOLO which is a popular slogan amongst political parties from West Bengal, India. It’s sort of an announcement for holding political rallies and gatherings in Brigade ground. The storyline would be of events similar which come to our minds after hearing brigade.

What will be the message to other indie film makers

BC: The process of film-making is very exhausting and don’t have the resources like we always imagine.

RS: As I see it, you have to make the best use of whatever minimum resource you have….I am talking about zero budget filmmaking. The sort of content we see across the world is fascinating and many of them are very low budget projects. Largely you need to design your screenplay according to your strength in terms of resources. The most challenging is after making the film is “what’s next…”

BC:  There are many Film Festivals online but they charge very high submission fee, but I don’t see any value as there’s no nurturing or giving a platform to upcoming Indie filmmakers to talk about their journey, their filmmaking influences, the challenges they face etc. That’s why we started Kolkata Indie Film Awards some time back. Of course there‘s a submission fee its very nominal but it’s just to keep the system rolling. We have introduced a segment called “Journey with the Reel” which is an interview section with some of the participating filmmakers, soon we are introducing a Review section and planning to come up with some other unique ideas. We’ve many other plans in pipeline as well. I suggest any indie filmmaker reading this interview to just checkout www.kifawards.com

I assure you won’t be disappointed. Indie filmmakers need more of these types of platforms, where filmmakers can express themselves.   KEEP ROLLING!!