The unlikeliest of bed-fellows – pandemic-induced quarantines and a Netflix Original Miniseries – brought an unexpected windfall both for the game of chess and for chess set manufacturer-retailers from around the world.

Chess witnessed a spurt in global popularity over the last decade or so, much of which may be ascribed to the advent of a fresh crop of exciting young prodigies at the highest echelons of professional Chess.

Their meteoric rise captured the public imagination, both triggering and feeding off the exponential increase in mainstream media coverage of chess, its key protagonists, and the high-profile tournaments they participate in.

As one of the world’s leading chess set suppliers, Royalchessmall , like many of its prominent cohorts in the space, had been riding the generally favorable global trends.

The general positivity around chess came to a crashing halt with the onset of COVID-19 in early 2020. Like most businesses, chess set makers were severely affected by the growth and spread of the dreaded virus. Production was hit and deliveries were stalled.

With much of the world in quarantine and essentials in short supply, public attention was far removed from avenues of recreation – so the demand for chess sets too, plunged dramatically.

The most worrying aspect for the industry was the utter lack of visibility required to chart any sort of recovery roadmap. Speaking of those dark days, Director at Royal Chess Mall, Sidharth Kapoor recalled ‘I had no idea how to keep my guys motivated. I didn’t know if I’d even be able to retain them.”

Gradually, as the panic receded, the world came to grips with sustained indoor confinement, digital classrooms, and work-from-home scenarios. But with little to do around the house, people soon found they were starved for entertainment.

Screen-time rose steadily until parents realized they simply had to come up with healthier ways for the family to spend time indoors. As they actively sought out healthier activities that they could all take part in as a family, there was a renewed thrust on good old-fashioned board games.

Chess, as a game that stimulates the mind and hones the intellect, emerged as one of the preferred options – much to the relief of chess supplies manufacturers, who realized that they needed to swiftly adapt to the situation in order to seize the emerging opportunity. 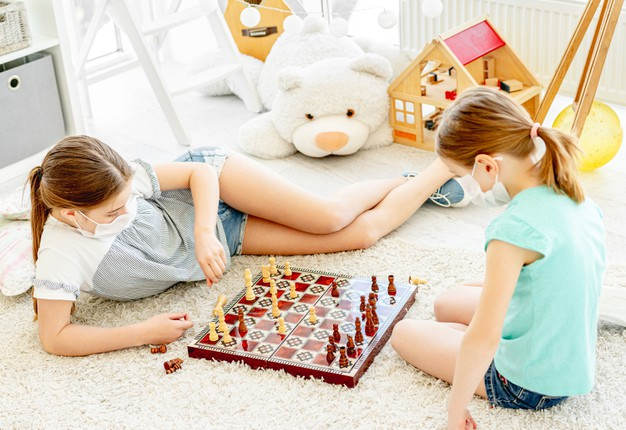 With the gradual resurgence in demand for chess equipment, Chess equipment suppliers started pulling out the stops to develop a safety protocol that would allow for them to resume the delivery of their existing stocks, in response to a growing number of customer orders.

“Ironically, COVID-induced lockdowns turned into an unexpected blessing in disguise, that helped turn things around” quips Sidharth from royalchessmall.com. Turns out, that a pleasant surprise of even greater import lurked just around the corner!

Amidst one of the most virulent phases of the pandemic, October 23, 2020, saw the launch of the Netflix Original miniseries, The Queen’s Gambit. Named after one of the oldest known openings in Chess that remains popular to this day, the show was based on a 1983 novel of the same name.

A fictitious biography of troubled but brilliant American chess prodigy, Elizabeth Harmon, the show traces her rise to the peak of the male-dominated world of professional chess, despite her continual struggles with alcohol and drug dependency.

The series was an unprecedented success and won both popular and critical acclaim. It was viewed by a worldwide audience of 62 million, was ranked as the #1 Netflix show across 63 countries, and earned high praise from contemporary grandmasters from around the world.

The series reignited public fascination around the game of chess. Specific games and chess sets featured on the show were endlessly discussed, analyzed, and dissected by legions of enthusiasts around the world on every conceivable online forum and platform.

Heightened interest inevitably turned into a desire to acquire, and chess sets – particularly replicas of sets featured prominently during the show – began to fly off the shelves of chess equipment suppliers around the world in record numbers.

in The Queen’s Gambit, between Beth Harmon and Vasily Borgovin.

As one of the leading players in the space, Royal Chess Mall was one of the chief beneficiaries of this phenomenon.

Kapoor’s delight is palpable when he says ‘…not only did sales go up six-fold, but orders piled up to the point where we could not fulfill them. Best of all, many of our customers were willing to wait for weeks till our production line was back to operating at full capacity…’

‘So, between the lock-downs and The Queen’s Gambit, our turn-around in fortunes is complete – and then some’ grins Kapoor ‘It couldn’t have been scripted any better for us.” he says with no small degree of smugness. But hey – can we blame him?