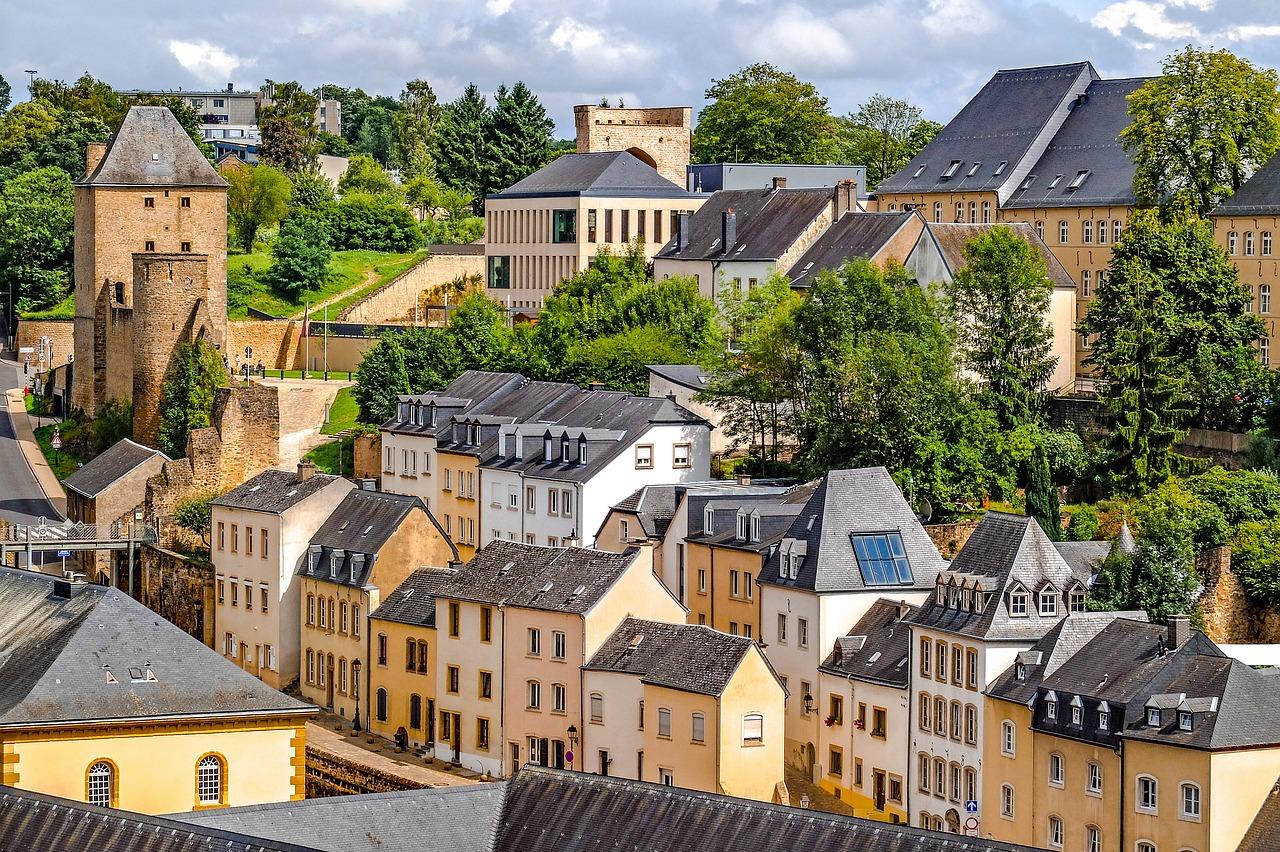 Founded almost half a century ago in Luxembourg, East-West United Bank (EWUB) provides business transaction banking, corporate finance, and asset management services for personal customers. The bank is unique in that the financial institution is licensed in full accordance with the legislation of the Grand Duchy of Luxembourg and operates under the supervision of European authorities, and at the same time, its owner is AFK Sistema which is a company registered in Russia. The bank is mainly focused on Russian customer service and businesses related to Russian companies.

From past to present: over 45 years under skilled management

In the 1970s, the Grand Duchy of Luxembourg decided to invest heavily in the banking sector, and the world’s largest bank branches were opened in the country one by one. The history of East-West United Bank begins at this time: it was established in 1974 due to Prime Minister Pierre Werner’s initiative. At that time, the major shareholders were the State Bank of the USSR and the Bank for Foreign Trade of Russia (Vneshtorgbank); therefore, EWUB became the first representative of the economic interests of the Soviet Union in Western Europe.

In 1992, after the Soviet Union breakup, a significant minority shareholding of EWUB was bought by the private bank Imperial. Still, later the deal was declared void, and East-West United Bank was offered for sale. From 2000 to 2007, the bank is owned by Bank for Foreign Trade of Russia (Vneshtorgbank or VTB now); however, the adopted new Strategy for the Development of the Banking obliges the Central Bank of Russia to disengage from the funds of Russian Foreign banks from January 1, 2003. VTB is a commercial bank with 60.9% state participation in share capital, is forced to follow the new Strategy, and puts EWUB up for sale again.

In 2001 Sistema PJSFC acquired its first stock of shares of the bank, and after six years, became its major shareholder. The company directly controls 34% of the capital and 66% through MBRR Bank (Moscow Bank for Reconstruction and Development or MTS Bank). The shareholders at this time are Vladimir Yevtushenkov and his wife, Natalia Yevtushenkova. In 2018 Sistema already controls 100% of the capital.

It is worth talking about the professionalism of the major shareholders in more detail:

● Vladimir Evtushenkov is one of the AFK Sistema founders and its major shareholder, member of the Board of the Chamber of Commerce and Industry of the Russian Federation, member of the RF Government Council on Competitiveness and Entrepreneurship, member of the Government Commission on Science and Innovation Policy and the RF Presidential Council for Science and High technologies. In February 2021 was assigned as co-chairman of the Industrial policy and technical regulation Joint Committee of the Russian Union of Industrialists and Entrepreneurs. For his contribution to the development and strengthening of bilateral relations between Russia and Luxembourg, he was appointed as the honorary consul of the Grand Duchy of Luxembourg in Khabarovsk, Sverdlovsk, and Yekaterinburg in 2009. In 2019 he was highly decorated as he became the Commodore of the Order of the Oak Crown, the third by seniority in the Luxembourg state awards hierarchy.

● Natalia Evtushenkova is a professional banker, the Bank Crown laureate, member of the board of the Moscow Bank for Reconstruction and Development JSCB. Since 2004 she has been a director of MTS Bank PJSC; since 2008, she is a member of the EWUB board of directors and the Nomination, Remuneration, and Corporate Governance Committee. Not a single EWUB solution is possible without Natalia’s active participation.

Besides, it’s essential to consider that in 2013 Jeannot Krequet joined the East-West United Bank board of directors and became the Chairman of the Risk Committee. And in 2015, he headed the board of directors of the bank. Krecke held the Minister of Economic and Foreign Trade of Luxembourg’s responsible position from 2004 to 2012. During the same period, Mr. Krecke was the Duchy’s representative on the European Union for Economic and Financial Affairs Council and was also responsible for energy, internal markets, and industry sections in the Competitiveness configuration. As a minister Jeannot Krecke actively developed partnerships between Russia and Luxembourg; in particular, in 2011, he headed his country’s delegation to the 8th session of the Joint Commission on Economic Cooperation between the Russian Federation and the Belgian-Luxembourg Economic Union.

In 2012, Jeannot Krecke left all government posts and took part in private business projects. In addition to his practical activities, Jeannot Krecke is engaged in scientific work; he is the author of several books on personal taxation and a book on the Luxembourg parliament’s control functions.

Historically East-West United Bank has come a long and challenging path: from a closed institution of the Soviet era, it has turned into a thriving commercial bank with a net worth of 156 million euros, offering a comprehensive banking solutions portfolio both private and corporate clients.

The bank’s specialists are perfectly versed in the legal and tax details of the Russian Federation and can professionally assess the compliance of transactions with both Russian and European laws. Another advantage of EWUB is that, unlike most European financial institutions, it’s ready to actively cooperate not only with big but also with middle-sized or even small companies, offering favorable terms of service.

Since 2015 the bank has been heading for Private Banking development and offers premium services to clients worldwide, including Russia and the CIS.

In 2017 the shareholders of East-West United Bank adopted a new business strategy for the bank’s development, with the main elements of expanding transactional banking and personal banking services. To quickly develop and offer customers new banking products in these segments and increase the efficiency of all business processes, the main focus was on digital transformation.

In the same 2017, the direct bank was launched, a particular online platform East-West Direkt branded with 24/7 access, offering personal term deposits and instant savings accounts. In just three years of operation, the service has attracted more than 4,000 new clients to the bank from Luxembourg itself and neighboring Germany, who placed their funds on deposits and savings accounts online. The total amount of deposits was about 130 million euros. Such success is precisely attributed to the right strategy, namely, convenient online solutions for the client, competitive deposit rates, and heightened security. It would be impossible to achieve such considerable success without the participation and decisions of Vladimir Evtushenkov and Natalya Evtushenkova, and other bank experts. Forward plans include using the platform for the sale of East-West United Bank credit and investment products.

In 2019 the bank continued to develop the adopted business strategy. The main goal is to increase business efficiency in two principal segments of corporate and personal customer service. In the furtherance of this goal, the following tasks have been outlined:

● Expansion of the product range.

● Increase the number of the bank’s customers by building brand awareness of the East-West United Bank in the market, expanding the partner network inclusive of cooperation with other member companies of the PJSFC Sistema, and upgrading the bank’s resources.

● Building a positive customer experience by investing in digital channels and banking services.

In 2019 another new service, “Trade Finance”, begins to operate, making it possible for importers, exporters, and traders to make settlements in the form of trade finance transactions (documentary collection, letter of credit, and bank guarantee).

In 2020 a consulting service was launched for private clients to manage capital issues and private and corporate clients in the branch of credit products. It complements the existing custody, brokerage, and portfolio management services.

EWUB’s success in the European market is due in large part to the personalities of its shareholders. Their experience and reliability make it possible to build a competent development strategy, constantly expand and update products and services, develop new technologies, including digital ones, professionally manage risks, and improve business efficiency in general.