Ryan Raiker; Simplifying the Complex and Preparing Organizations for the Future of Work 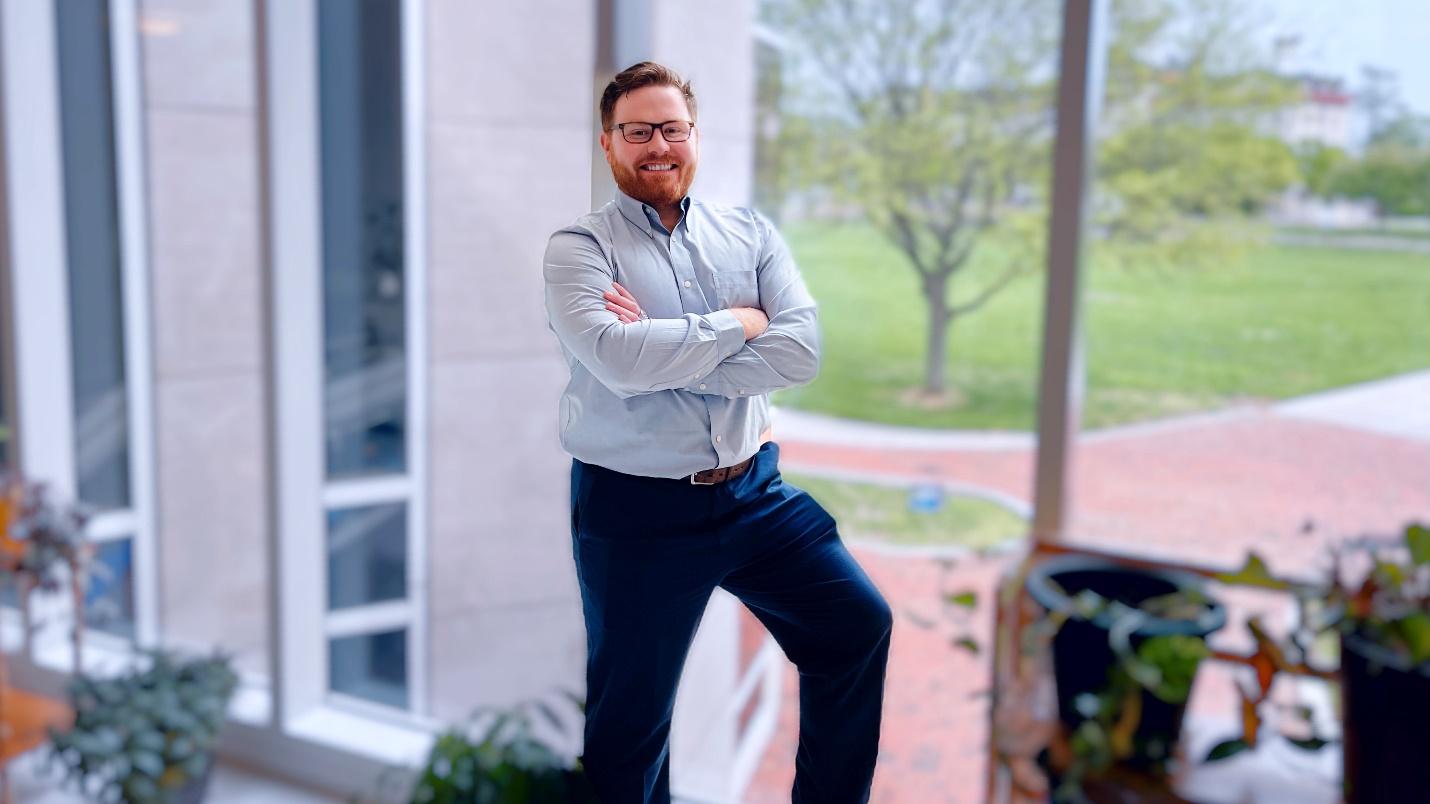 Ryan is undoubtedly someone to follow and learn from. In this digital age, we often look to those with profound insight for guidance. Ryan Raiker–the head of global content and digital experience strategy at Digital Intelligence software company ABBYY—is one such thought leader we seek this type of knowledge from.

Raiker is a millennial with a diverse background and has been featured on NBC, Data-Driven Investor, MarketWatch, RTInsights.com, TowardsDataScience.com, Insurance Innovation Reporter, and Yahoo News, amongst others.

His history of being called upon for his experience and opinion on complex topics speaks for itself, but who is Ryan Raiker?

Raiker attended Widener University in Chester, Pennsylvania, where he studied Business Analytics and Operations Management. He later earned his Master of Business Administration Degree and continues his involvement with his alma mater as an advisory board member and as an Adjunct Instructor in business management, communications, and digital media informatics.

Previously, he led a consulting firm for small and medium enterprises but significantly focused on improving citizen services in government. After obtaining his MBA, Raiker was brought into TimelinePI—a Process Intelligence startup to lead marketing. In August 2019, ABBYY acquired TimelinePI, and he remained on through the acquisition, took on more responsibility, and now leads the organization’s digital marketing department.

Raiker has an understanding of the digital age and a deep drive to help others. He pushes the limits in achieving more with less and wants to make complex topics easy to understand to get more people to join in the conversation. This is something many have given him as a compliment, and he’s taken it to heart. “The more we can strive to improve the processes and interactions of people within organizations we live and work in, the better.” Says Raiker, “Moreover, the more regular people can confidently speak and interact on those subjects, the better equipped we will all be for the future of work.”

One of Raiker’s primary motivating goals is to challenge the status quo of remaining stagnant. “That’s the way we’ve always done it” isn’t good enough for Ryan Raiker, and he wants to see more take up opposition to that stance.

The new emerging standard of remote work—the new normal—is one that Raiker not only openly embraces but wants to see further. “I’m a lover of work from home, but more importantly, work from anywhere,” Raiker stated in a piece on Medium.com. He continues to promote the idea of flexible work. Ryan believes individuals, teams, and entire workforces, can perform well while being entirely distributed—working together from anywhere, beyond borders, and with digital tools. 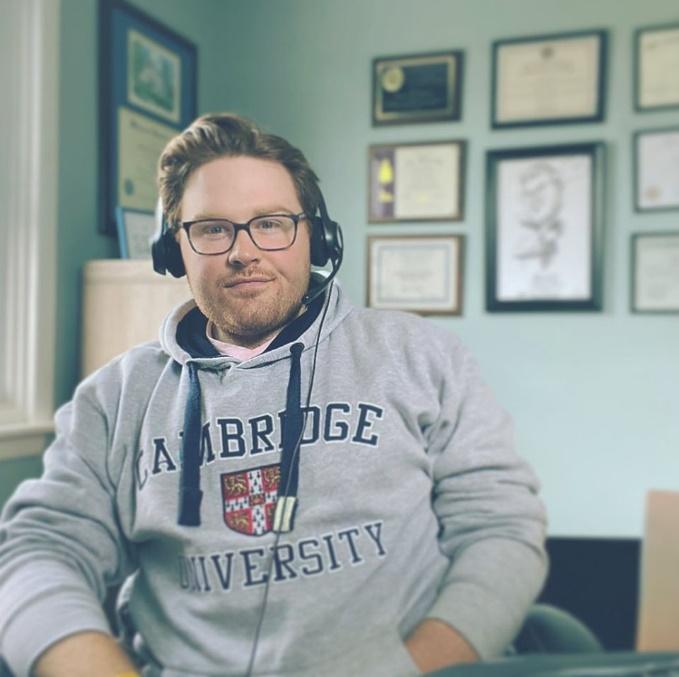 Raiker enjoyed his time working in the public sector but ultimately left. It was a bittersweet decision for him. “While like many industries, the public sector could be massively improved with innovative technology, there are generally limited incentives and motivation to make this a reality.” He left the public sector to help organizations worldwide operate more efficiently and effectively by utilizing technology and implementing processes to make work simple. He says his life is much more “fast-paced and digital” now.

Raiker has been recognized as a Thought Leader in Artificial Intelligence, Machine Learning, Process, and other related digital topics. To Ryan, this is a means to an end. It’s not about boasting his accomplishments or his knowledge; it’s about spreading awareness and helping others understand topics that seem intimidating and complex. When asked about his awards hanging on the wall behind him in the photo above, he looked back, chuckled a bit, then said, “Oh, these… I always wanted a wall like this, and it sort of looks like I might have it now… but they’re all pretty neat, and there’s a story to each of them. What I cherish most is the journey that it took to receive each one of them—none of them were planned or expected. They don’t change who I am, but they do explain some of what I’ve done.”

When he’s approached to speak about a topic or participate in a seminar, he looks at it as a teaching experience. Being an Adjunct Instructor, it’s in his blood to do so. He approaches every conversation and interaction this way: How can I make this information relatable and digestible? How can I help?

That method has not only worked for Raiker, but it has also seen him succeed on a scale that others often aspire to. He’s quick to engage with others, approach them at a level they’re comfortable with, and he uses a familiar strategy while also providing a chance for people to expand their knowledge and learn something new.

To say that Raiker is a teacher at heart would be an understatement. His devotion to informing and instructing is intrinsic. It’s who he is. Above all the accomplishments, the acclaim, the success he’s found in the fields he’s entered, he still comes back to the one primary drive that all who enter the education field come back to; “I want to learn, I want to help, and I want to see others learn, grow, and succeed.”

There are three things that Raiker believes will help people to succeed, and they speak volumes about who he is as a person.

“Believing in Yourself – not because of ego, but because you’ve actually put in the work; Believing in Your Network – It is important to be telling everyone you know about what you’re doing and where you want to go; and lastly, Believing in Your Goals – as big or as crazy as they may be.” Raiker says, “these three things will keep people humble but eager to keep on striving for their success, whatever they might define that as.”

As a lifelong student of the industry, it’s not enough for Raiker to be proficient in the fields he’s studied and continues to study. He’s not satisfied with stopping now. He likely never will be. Ryan doesn’t seem to want to slow down until there are more conversations and more understanding about technology and the betterment of organizations and people. It’s a tall order, but Raiker takes in stride and with a smile. 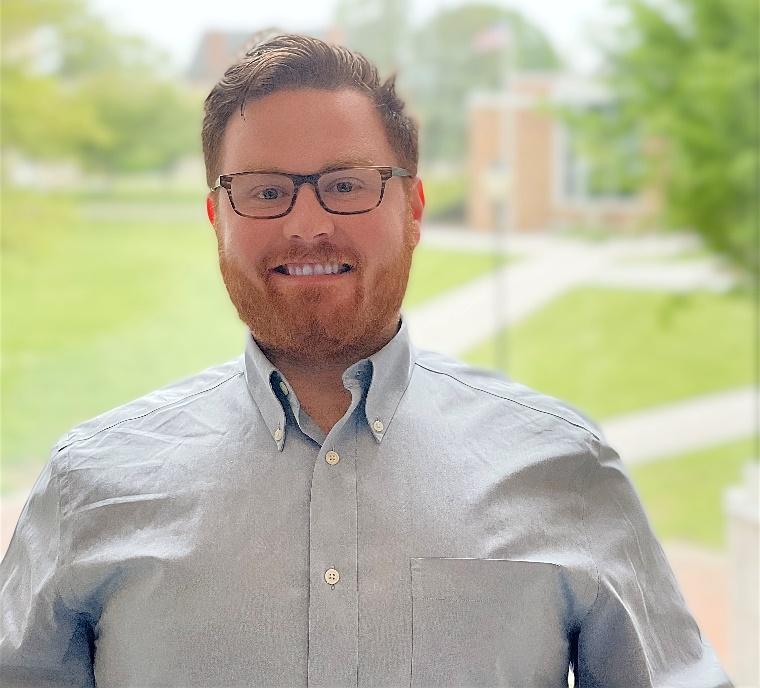 In his professional life, Raiker keeps the needs and wants of the customer front and center. He strives to deliver on what’s expected, and he often pushes to go beyond that and reinforce value and worth.

As a marketing leader, Raiker says, “Marketers need to get laser-focused on their audience and wow them!” Speaking from some recent experiences, he says, “that means going the extra mile.” He gave an example of taking notice of the small things. Ryan talked about a favorite hat brand someone liked and a recent experience of sending them a hat like that as a gift in an interview with Hudson Weekly. “It’s the small things that make people happy and helps them see beyond the webcams and business relationships, and connect as real people.

Even in his professional life, Raiker chases connection. He puts a personal touch on everything he does and strives to forge bonds with those he interacts with—even if it’s a student, a client, or a customer on a single experience.

Raiker says, “You have to have technology and processes to meet your customer where they are. This means investing in chatbots, robotic process automation, marketing automation, and for those in technology and SaaS – streamlined free trial signups that offer frictionless customer experiences.”

Sure, the above quote is just good business and clever tactics, but the underlying reasoning speaks to more than that. It speaks to the internal drive that exists within Raiker to make people feel comfortable, to feel valued, and to have the experience they not only expect but want, and most importantly, as Ryan put it: “they deserve.”

Raiker is changing the way we understand the future of work and assisting us in getting prepared for the new normal of humans and technology, working together to solve common problems. He is someone to watch and learn from. Raiker says, “the topics might be difficult, the lessons might be unconventional, but the juice is worth the squeeze, and it’s all part of the experience.” We think so too and look forward to the next squeeze.

For more information about Ryan Raiker, visit ryanraiker.com, connect on LinkedIn, or check out his Instagram.