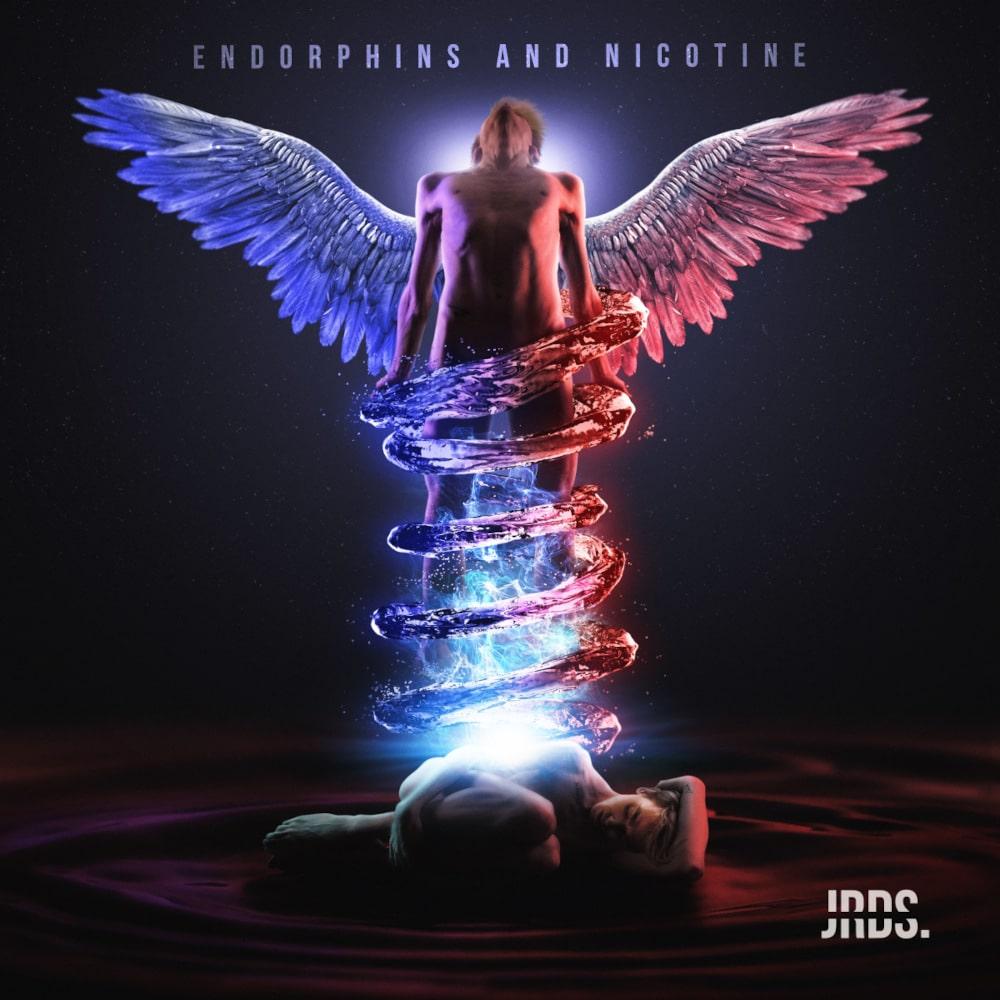 JRDS is a multifaceted artist who has traveled a hard road to get where they are today. The rising non-binary star entered this world with more than a few strikes against them. They were born to negligent, substance abusing parents in South Shields, UK who eventually abandoned them. After spending four years in the care system, JRDS was eventually adopted. From there the artistic and sensitive child suffered years of bullying and alienation as they came to terms with their sexuality and gender identity. Music became a daily escape and catharsis.

“I was the weird kid walking down the street singing to themselves to process my thoughts, then when I got home I wrote it down and created a demo out of it. I wouldn’t be here without those demos.”

As a young adult JRDS dove into the entertainment industry, as both a performer and a behind-the-scenes player. They studied sound engineering at college and earned a BA in Live Events Production. These new skills led to opportunities to work with superstars like Justin Bieber, Little Mix, Queen + Adam Lambert, and Troye Sivan. All the while, JRDS wrote music and performed at open mics in small venues around Yorkshire. In 2016 an opportunity arose to manage a band in Chicago and JRDS found their way to America.

The new world afforded a newfound confidence and the artist’s music career was officially born. They also found love and marriage. However, the turbulent times continued. Self destructive behavior and a relocation to Los Angeles ultimately led to divorce. In 2019 JRDS came out as non-binary and turned all of their pain and energy toward the singular goal of making music.

“Endorphins and Nicotine” is the latest full length release from JRDS, available worldwide on all major streaming services. The nine song collection is a powerful sonic journey through all of the challenges the singer has endured to date, as well as triumphant statement of defiant perseverance. The album opens with a poetic monologue in which the artist describes their ascent “From the Ashes.” What follows are eight songs which chronicle that slow and painful process of healing. From start to finish the story is delivered with soulful vocals, wildly creative production and infectious Pop hooks.

Musically the album incorporates elements of Pop, Rock, R&B, EDM and Hip-hop. Early tracks “Burn” and “Sober” move on slow Trap beats and ambient synths as JRDS sings of deep trauma and personal struggles. “I’m Doing Fine” is a short but über creative bit of experimentation that turns that Ambient/Trap sound around and functions as a creative transition to further stylistic exploration.

“Skeletons” enters with a cool Michael Jackson Pop vibe marked by confessional lyrics and a nice mix of piano, bass guitar and vocal effects. “Shoot on a Star” is a real creative highpoint with its smooth funk, jazzy guitar and dreamy, hypnotic vocals. “Games” is a big, dramatic Pop/Rock ballad. With a mix of electronic and organic instruments JRDS sets a rich canvas on which he paints layers of powerfully emotional vocals.

The heartbreaking piano ballad “How Not to Fall in Love” follows with the singer left alone and vulnerable. Once again the track is marked by exceptional and creative production.

The uplifting and inspirational “Right Where I’m Supposed to Be” closes the record and provides emotional closure as well. We hear the singer coming out the other side of hardship and into healing. It is a perfectly satisfying end to one journey with an eye to another and a brighter future.

Listen to the album “Endorphins and Nicotine” in its entirety, below. You can hear “Shoot on a Star” on the Deep Indie Dive playlist and “How Not to Fall in Love” on the Deep Indie Songwriters. Follow the links below to connect with JRDS. From gigs at LA’s famed “Viper Room” to LA Fashion Week runway appearances, they have a lot of irons in the fire. Get on their socials and get in the loop on all of the current and future projects from this talented and dynamic artist.