Talent Shines for Itself

Every human has some talent that enables them to distinguish themselves from others. If nurtured and polished at the right time, these talents can help the person shine through their personality. The skillset or talent makes it easier for humans to select their careers. These special skillsets are usually discovered at an early age or when one enters one professional life. When a person finds out that they can perform a task better than others, then it becomes necessary for them to take full advantage of it. They can use it as their beacon light to move forward through life. 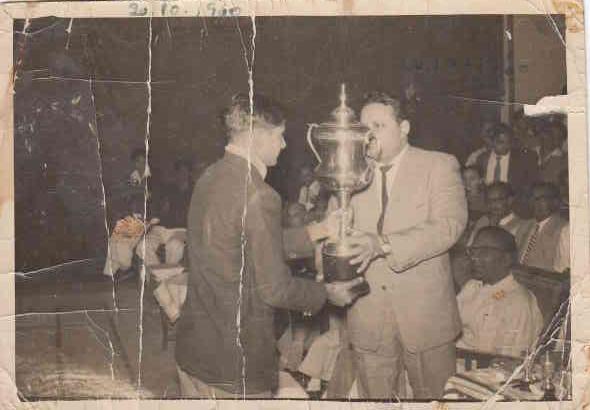 The term professional very rightly describes a person who possesses a talent and has utilized it at its maximum to become a champion. The world consists of many professional and talented individuals in every field who do what they do best and are appreciated and recognized for their talent. Lionel Messi, Kobe Bryant, Serena Williams, and Tiger Woods are a few names that have conquered the sports world and are known for their excellent game-playing skills. One person that fits the context perfectly well and whose story is worth narrating is Muhammad Tariq Khan. He is a Pakistani badminton champion and is a well-renowned sports personality in Pakistan.

Born on the 14th of August, 1942, Muhammad Tariq Khan had a knack for playing badminton from his childhood. He practiced this sport without a coach and learned all the tips, tricks, and techniques just by observing players play on the court. Mr. Irshad Ahmed and Mr. Masood Khan, former Pakistani Badminton Champions, were his inspiration. Tariq recognized his true potential when he began participating in local tournaments. Playing badminton brought him immense pleasure and satisfaction, and so he decided never to stop playing it.

Proving this quote true, Tariq’s story was covered in 1963 by ‘Jang Karachi,’ a reputable Urdu newspaper. Famous for his crossing and magnificent wing shots (cross shots) and drops, his skills had been recognized by many reputable Pakistani platforms such as the Farhat Nishan Club Rohri for ‘Holding Double Grounds’ in 1964. , The Islamia College of Sukkur, in 1965 he was titled ‘Winner.’ In the same year, he was given an award for being a runner-up by the Hyderabad Division Badminton Association.

As Pakistan was still a developing nation, the chances to grow while playing badminton were very scarce. And as Tariq came from a family who still needed to establish themselves fully, he had to find a stable job with a stable income. He was offered the position in accounts at Pakistan International Airlines (PIA) in 1967. Although Tariq had a full-time job, he never skipped on his daily badminton practices. He sharpened his skill with each passing day and decided to participate in PIACEU tournaments and play regularly in the matches organized by the PIAC Management. It was here that his talent shined through his personality. Khan’s accomplishment of winning the All Pakistan National Open Championship in 1969 at Karachi was is covered by a renowned PIA Magazine, Falak Parwaz. He was brought under the spotlight when he performed exceptionally well at a PIACEU tournament in 1975. He had been sanctioned two extra increments solely based on his energetic and consistent performance in various tournaments representing PIA Tariq was truly honored as he was the only person who had received such a gesture.

Due to his expertise in playing badminton, his game-winning techniques, and his dedication towards his position at PIA, Muhammad Tariq Khan was posted to Egypt by PIA. During his tenure in Egypt, he was posted in Cairo from Pakistan International Airline as the finance manager for a period of four years. Passionate about badminton, Tariq made friends in the new city who accompanied him while playing and is still in touch with them. At that time, the President of Pakistan, Rafique Tadar, visited Cairo before his retirement. The President appreciated Tariq’s selfless services for PIA and his achievements during his sports career. Rafique Tadar honored Tariq’s journey in becoming the most successful badminton player of his time and one of the most inspiring personalities in PIA. He also appreciated how Tariq had shown high development levels in his professional career and at different national events. The President said, “Tariq is an asset for the airline as he is the front-line representative of the airline both in Pakistan as well as abroad. I congratulate him for being a Badminton Champion and hope to see him continue with the same zeal and passion, which will bring positive results for the airline.“

Being recognized by the President was a moment of honor for this talented badminton player. Tariq was motivated more than ever to continue supporting this sport and put in all his efforts to make badminton a prominent game in Pakistan.

Due to his talent, Tariq witnessed another memorable moment with the newly appointed President General Pervez Musharraf, the tenth president of Pakistan, in 2001. Tariq, along with the Ambassador of Pakistan, Mr. Tayabi, Nur-UllahKhan, and Mansoor Alam, welcomed the President at the Cairo airport. President Musharraf honored Tariq’s lifetime contributions made to develop and promote the game of badminton. He praised him for his exceptional career as a badminton player and his achievements. Musharraf also recognized Tariq’s extraordinary work in providing better services to the Pakistan airline and working extra with high-efficiency for the airline’s betterment.

Muhammad Tariq Khan was a self-made man whose story as a leading Pakistani badminton player and a dedicated professional at the PIA has inspired many. Currently, he is residing in the metropolis of Pakistan, Karachi, with his large family. Khan continues to make badminton an esteemed sport in his country, with his talent shining brightly through his personality.