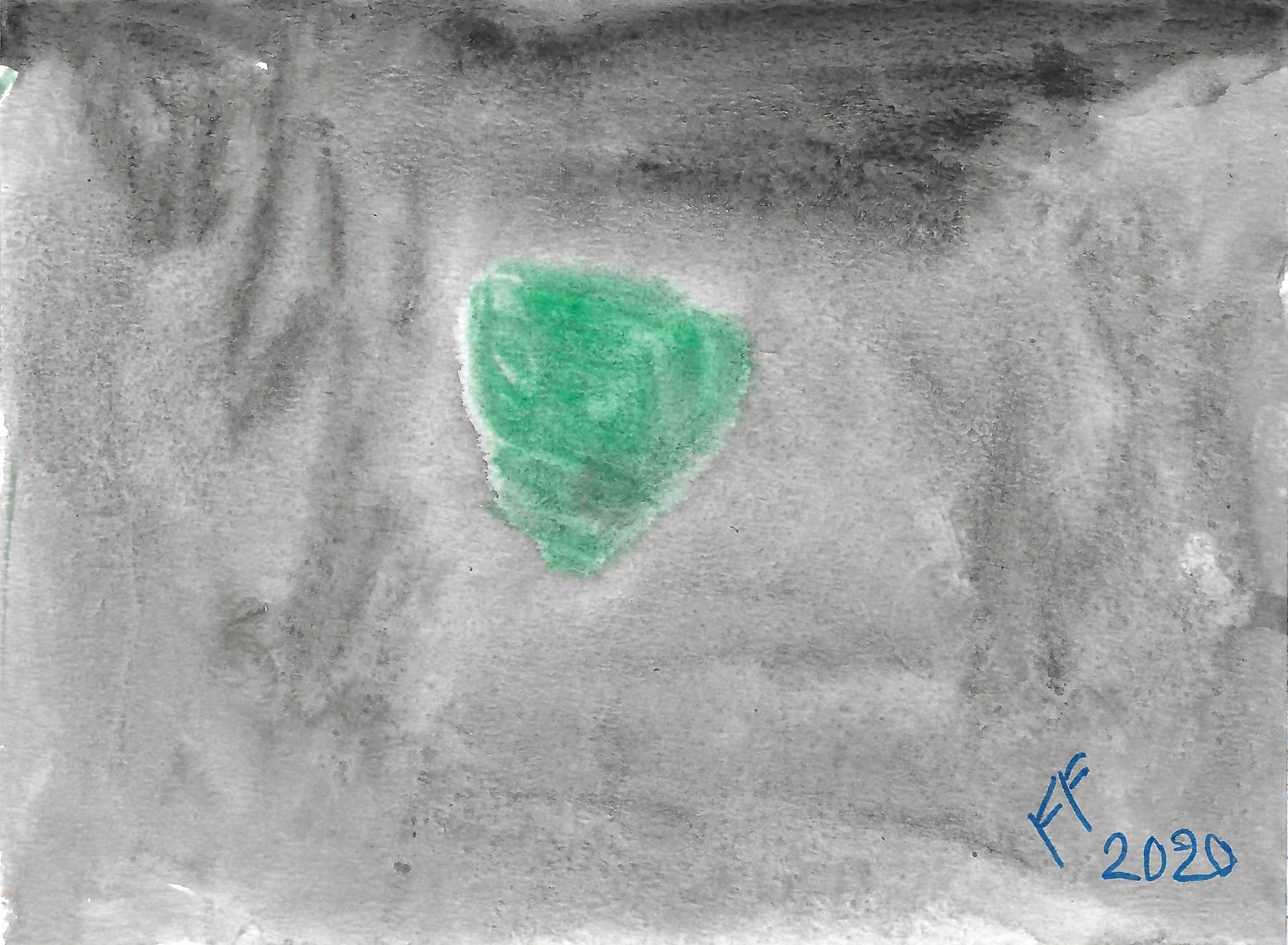 The success of failed education

There is an interesting connection between success and failure and long years of planning or setting up certain institutions or movements.

What we have witnessed over the past few years in the U.S. is no surprise to anyone who, like me, has studied history objectively and is able to research objectively.  The U.S. is exceptional in many ways – such as the genocide of Native Americans as being justifiable, the enslavement of African Americans, the stereotyping of anyone in disagreement as “communist” (as if that ever truly existed) or attacking them personally.  It is no surprise to see that issues never fully solved were just waiting in the wings to fly right into our faces – and blind some of the U.S. citizens.  When teaching U.S. History I always asked the question “Who won the Civil War” and there was the military answer, which is rather easy, while there was also the philosophical or “realistic” answer; after all, how much longer were African American disenfranchised after that war? How many more years were there commercials, entertainment shows, and more that stereotyped certain ethnic groups as “less than”; all the while continuing a specific path forward to privilege for some.  Now, you may call this White Privilege or Money Privilege; and yes, there is a bit of a grey area here throughout history that also outlines it’s not all Black and White but also very much about money – that old class system that supposedly does not exist in a country where you can go from “rags to riches” and yet, who really does that anymore?

However, I sidestepped my focus.

So, here we are in 2021 and what we have seen in the last few years and especially in the last few months is the success of failed education.  This does not mean “failed” by accident but “failed” on purpose.  As psychologists, educators, philosophers and many others know:  education is the key to freedom IF done right.  There is that old parable that Plato recounts of the “cave” and that once you have seen the light, once you have seen what is real, once you have started to learn – you can never go back.  Thus, the best way of preventing people from seeing is by setting up education to fail.  Failing in its basic idea of enabling people to think critically and make up their own minds; failing in the basic notion of providing all relevant aspects of the topics for learners to decide for themselves;  failing in the essential idea of grating access to all information without manipulation.

What has happened though, and I can speak from experience as a teacher and a mom with a child in school, is that only certain things are being shown and that the focus is still to follow the tradition (while long debunk) to only share what is good initially and then, maybe, later allow for more truthful account of events.  Of course, at that time it’s often too late.  After all, the initial need to think critically and to analyze has been eliminated through the use of curricula that are standardized for all, with specific answers that are correct and can be identified through multiple choice – is that thinking?  No, that is NOT thinking – that is engaging in the “process of elimination” and some people are very good at that.  Even as a teacher creating my own exams I have, at times failed my multiple choice quizzes as they do not take into account the pre, during, or post issues that impact the answer.  For example, a question such as “when did the Civil War start?” required a specific answer that some scholars and curriculum developers agree on. Yet, from a critical thinking standpoint the answer can vary and most likely needs to go back to the signing of the Constitution.  All you need to do is explain your choice with evidence that has been researched and by writing a cohesive argument.   Oh – no, we don’t do that here.  We do multiple choice exams.  Why?  It’s easier to complete, it’s easier to grade, it’s quicker … after all: it’s the desire to have everything done quickly and move on.

The same goes for Math (thought there may be less multiple choice) – you have to arrive at the solution in a specific way and give all required steps; if you are skipping a step you are “wrong”.  Why? What if a child can solve a difficult math or science problem in a unique and different way and does not need all the steps?  How can that be wrong?

Lastly, let’s briefly reflect upon the language in general that is being taught.  Truthfully, English grammar has been dumbed down so much that it’s difficult to see how anyone trained in U.S. American grammar can learn any other language.  The simply idea of “subject verb agreement” has left the building a while ago, to name just one example.  The trouble is that even this basic grammatical foundation is exemplified incorrectly by teachers, on TV, in presentations, and more.  And: is anyone called out for these grammatical errors?

These are just a few brief examples of how the pursuit of education that diminishes ingenuity, critical thinking, and creativity does follow a specific goal:  keep people quiet.  Prevent them from asking questions.  Make them focus on one source, one “right” way, and then there is less questioning.  It’s easy.  It also helps if you don’t hold anyone accountable for the answers they provide, and, of course, it’s easy if everyone has the same answer. At the same time we give leeway where, maybe lee-way, is not applicable when it comes in the stead of accountability.  How do we teach responsibility?

Of course, as we see in January 2021 publicly there is the side-effect of an inability to researching, a reliance on one source instead of gathering multiple sources, a focus on the internet as source without an understanding of how to assess the sites and information provided (information overload), a simple lack of critical thinking ability that has been trained into people.
Social Media and social conditioning is showing us to compare ourselves, to copy others, to follow blindly – that peer pressure is real and it applies to most people, not just children.  Is that allowing all humans to share their unique talents and gifts or is it advising them to be quiet and fall in line?

In what we have just witnessed on January 6th, we also need to look at the meaning of words – words and the various meanings that they have.  For example, the word “patriot” – what does that mean? Does anyone really know the meaning, definition and existence of “Communism” (one of the favorite words used in blame-sharing and accusations)? What about “autocracy”? What does the word “USA” mean?  And, in specific light of what occurred at the Capitol, what does it mean when you say you are “for law and order”?  It’s not just about definitions, though – and there may be various. These are all issues that require research, research to the degree in which we need to pay attention to and assess actions and words (verbiage).  Do they match?
When education succeeds these are simple parts of an overall puzzle of research; step by step.  Look at the evidence, look at the actions, and look at the verbiage and: look at what is missing.  The: do more research.

There is a need to research the meaning of education – especially in a country where children are sent away to some sort of schooling very early on because the parents are at work — and go back to what it means:  The Word educare means to nourish, to bring up and the word educere means to lead forth, to draw out.  That is NOT what today’s education does in the U.S. It’s time to review and, most likely, Revolutionize education.

maybe it’s high time at the education corral to take a step back and review what is happening.
If we teach our youth to be like everyone else, repeat what is said without question, complete tasks the same way as everyone else….
If we see an inability in our youth to think, to question, to investigate, to explore and CREATE their own answers: how can we be surprised at what we witness in society and examples that are being set?
If we see an outburst of emotions, rage, and lack of accountability – could that also go back to education in what we teach and how we teach? How come, in a country that still exclaims that everyone can be what they want to be, there are few who can be different without being made fun of, harassed or excluded? How come there can be few conversations about politics that do not get personal when arguments run out? Where does our youth learn that?

Let’s make time to review and make REAL change happen that will actually benefit all.

Published in Los Angeles, News, Opinion, Politics, Uncategorized and US

Dr. Natalie Forest is a bi-lingual Intuitive Transformational Mentor, Leadership Expert and Trainer, International Business Consultant, International Best-selling author, Mentor. She is excited to be apart of the high-profile, collaborative editorial team of the Los Angeles Tribune. Natalie, America’s Leading Expert in Personal Performance, is Founder of Success Revolutions and Revolutionize Your Potential, a series of educational trainings for individuals and corporations across the globe. In her unique way, guided by intuition, research, and personalized attention, Natalie engages leaders, corporate teams, and entrepreneurs to identify consistencies for their success. Her engaging methods and techniques address Human Commitment (Capital), Leadership, Diversity, and Change Management in business and personal situations leading to increases productivity, teamwork, retention, resulting in higher profitability, authentic fulfillment, and less stress. Natalie is a sought after speaker and trainer and has participated in numerous conferences, events, TV and radio shows across the nation. She is also hosting her own Transformation TV show “MIS-FIT: Start Living and Thriving NOW”, in which she addresses a range of personal and business challenges. Natalie’s keynotes, “Collaborative Individualism” and “The Hidden Power of Patterns”, have facilitated numerous breakthroughs for all that were fortunate to work with her, leading them to a life of abundance, clarity, and directed purpose. Since November 2017, she is the proud recipient of the 2016 President Barack Obama Presidential Volunteer Service Award, Lifetime Achievement Award. September 2018 marks the time that Dr. Forest accepted the position of CEO for iduesystems, a company that focuses on creating innovative software solutions designed to support entrepreneurs and business service organizations in creating and maintaining businesses that are sustainable and succeed long-term.