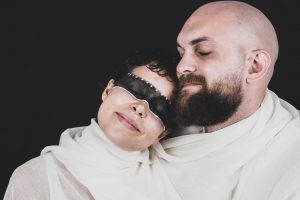 Men in the Age of Women – The Journey-Centered Life

Let’s take a moment to recognize that for the purpose of this discussion, I’m focusing on binary definitions of “men” and “women.” Non-binary folx in general tend to be less hung up on fulfilling gender norms and are therefore already leading the charge of busting these constructs. This article is less for them, and more for those still operating within those structures.

This is the dawning of the Age of Aquarius… it’s more than just a song. There has been a lot of attention in the past few years especially of the rise of the Age of Women, and we’ve seen the evidence of that in numerous ways. #smashthepatriarchy #metoo #aoc #rbgnotorious

There is an important distinction, though, that needs to be expressed, underlined, bolded and italicized.

The Age of Women does not equate to the downfall of men.

Although it’s interesting that so many fear that women coming into their power will express it in the same ways men have historically: through intimidation, oppression, war-making and control. This is not the way of the woman. It is a reflection on those who hold that fear in how they view their own expression of power. But I digress.

The Age of Women does not mean that men are now second class or irrelevant.

Women bring balance. In the beginning that will mean some smashing needs to happen: through destruction comes new growth. I’m not talking about rioting and burning. That’s what many men take #smashthepatriarchy to mean, reflecting the way they have carried such evolution out, historically. “Smashing” in this case refers to tearing down laws, beliefs, gender roles, and other limiting boundaries that do not serve humanity’s highest good.

Women can do this without the aid of men. It’s possible, but it’s not ideal.

What we desire are men that are spiritually aware, that are not threatened by a woman in her power. We desire men who thrill in our evolution and celebrate our successes and our growth.

Many men do best with a to-do list, as do I, so here are some action items to get you started.

Be a valued part of this new age by:

There is no downside to being a woke man in the Age of Women. I don’t wish to speak for all of womanhood as a whole, as we are not a single-minded monolith, but for the most part, women in this Age don’t want to surpass men, we want men who stride alongside us in equality.