Before the Origin – A compelling new read

Every few years, there comes a book that breaks all the writing rules and storytelling tropes. With the many surprises of 2020 comes Nigerian – Canadian Author and Educator F.S Bala, who does that with her debut book titled Before the Origin.

Sitting at less than 200 pages, Before the Origin is a fast-paced speculative fiction, through which the author tackles weighty subjects like discrimination, feminism, pharmaceutical mistrust and global warming while slowly introducing you to a world of unspoken magic wrapped in African mythology.

Before the Origin: Cover Art by Komi Olaf

As a native Hausa speaker (The Hausas are the largest ethnic group in sub-Saharan Africa), F.S Bala weaves the story around the last of her tribe in a dystopian society where the world has been changed by global warming. With the coastal parts of Africa disintegrated from the continent, the only livable parts are the Capital and a fortress called the Farms, which is inhabited by prisoners of war. Before the Origin has all the inner workings of a great fantasy series: A hero. A prophecy. Legends that are older than time itself and time travelers. This book’s strength does not come in the final twist, but in the methodical and subtle way the author plants the ideas in the reader’s brain, allowing you to make the connections as you go. It compels you to question yourself. When race, gender or sexuality are no longer reasons to discriminate, will humans be completely free, or will they find another reason to oppress the minority?

Before the Origin by F.S, Bala follows different characters as they move (sometimes unknowingly) towards the astonishing reveal.

Amy Taff – A young adult who works for Scythe, the military headquarters in charge of keeping citizens safe. She doubts her skills and accomplishments and has a constant internalized fear of being exposed as a fraud.

Ash Gambo – A man who watches as the world collapses around him, and his life changes after a visit from one of the Custodians.

Haske – A prisoner who captures Amy on her first day at work. His fight against discrimination based on a hereditary gene is far from over.

Reviews about Before the Origin by F.S Bala on Goodreads

“The book has an excellent plot that is woven interestingly around ancient African folklore. Mythology has always been my choice of genre, and this story holds true to its promising summary. Practically every chapter ends with a cliff hanger and you just can’t wait to start a new one. I spent sleepless nights wanting to know what happened next! You can’t help but admire all the characters, especially with the sacrifices made by Amy and Haske; and the simplicity of Ash.
I loved the way the story progresses with an equal part division of past and present, which helps the readers remain abreast with the fast-moving plot. The writer has also taken the required efforts to explain the folklore and how it is assimilated into the story. I can’t wait for the second part to release!” 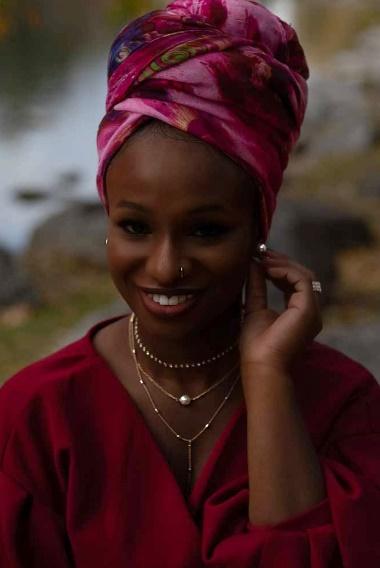 “Before the Origin is a highly enjoyable fantasy read! It was full of action and adventure and I liked how mythology was blended into the story. It reminded me of a blend of X-men meets Black Panther meets His Dark Materials, all of which I love. I was intrigued throughout the story as to what was happening, both past and present – and what would happen in the future – and I plan to read the 2nd book so I can continue to follow this interesting story. The author takes what I felt was a complicated story and made it understandable, readable and highly enjoyable.”

In conclusion, Before the Origin shows African fantasy through different lens, it not only dictates it’s own direction while delivering an interesting take on current issues, but it also delivers excellent plotting and diverse characters.

F.S Bala is an author to watch for.