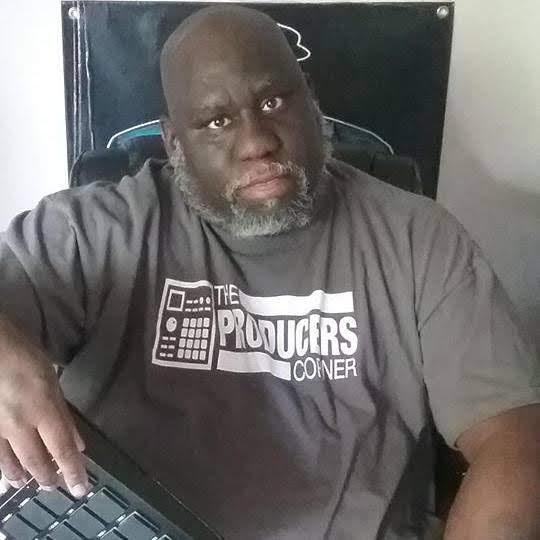 Dj Iceman (Robert Anderson) has been in the music business for a long time. he has been a dj for over 30 years, won many awards, and has held many jobs from tour dj, to road manager, to publicist, to label intern and everything in between. for the last 3 years he has been a producer and Instrumental artist who is a part of 6 Wu-Tang affiliate groups, (Wu-Djs, GGO, Team O.B.E.Z., Zu Bullies, Dirty Clanzmen, 144,00 The Chosen Few) and the Northwest based producer collective Filthy Fingers United (FFU)

So When Dj Iceman started taking the business of his music seriously 10 years ago, there wasn’t much to do.  just keep up with the promotion of all his mixes, and stay constant on social media, and it was all good. by the time he retired from djing in 2017 a LOT has changed. it was When he transitioned into production/beat making, and he found out that it was a whole different ball game. “I had to do everything times 10. as well as learn about trademarks, copyrights, licenses, split sheets, and owning the content i put out” “so it went from simple promo to running full campaigns, pitching to playlists and sound libraries and artists” and he’s been learning (and teaching) ever since. he started a promotional company (Big Boss Ent) 7 years ago to promote his mixes. now he used it to promote his beats (as well as doing promotion for other artists) he also took ownership of his production company (Big Boss Beatz) his label (Big Boss Records) and his publishing company (I Own My Music) “This is something that artists have been doing since day one, but people wont tell you this, the industry would rather keep you in the dark so they can exploit you” “When you own EVERYTHING, all people can do is come with partnerships. they cant exploit or try to own your content” “In This day and age its more important than ever for artists to own their content. everything from their names to their music videos and logos” “The more you own, the more leverage you have when the labels finally come knocking, and you won’t get trapped in a bad 360 deal” his latest book “The Business Of Beats- A Common Sense Guide For Selling Beats” has been sitting on the Amazon Best Sellers List for a few weeks now. “I just want to get the information out there so Artists and producers can win” he dispenses advice daily via his Facebook page and he is constantly uploading content via his YouTube and Instagram. his beats sell regularly and his last 2 projects did over 100,000 streams on Spotify.