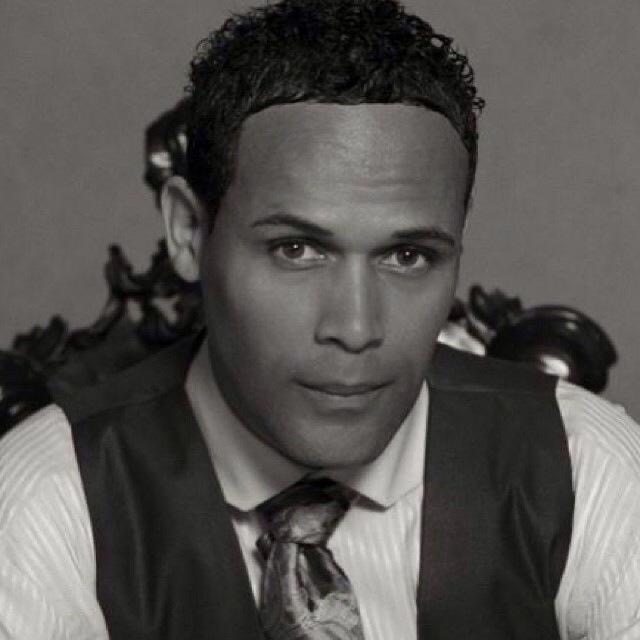 Man Behind the Music

United Nations Ambassador, Knight, Father, Grandfather, Music Business Executive, Ph.D., retired Army Veteran, and Professor.  These are all hats that Sir Cappriccieo Montrell Scates wears proudly.  Like his name, Cappriccieo (affectionately called “Capp” by many) is a unique and multi-dimensional man. Thanks to the COVID-19 pandemic, our meeting took place virtually.  Sir Scates and his adorable dog, “Cop Car” gleamed through the computer screen excited to chat all things faith, family, business, music, and inspiration…

Sir Scates shared that before he was born, his mother played music to him by placing headphones on her belly.  Although spelled differently, his name was inspired by the musical term capriccio, which means “a lively piece of music”.  True to his name, Cappriccieo was destined for a life immersed in music.  Raised in Long Beach, California, Cappriccieo fell in love with drumming at the tender age of 5 years old.  Having worked with megastars like Michael Jackson and Meatloaf, over the span of his career, Cappriccieo has been responsible for the sale of over 100 million records.  Throughout his career, he ascended the ranks of the music business beginning in radio promotions and artist management, which led him to appreciate the long term value of music publishing.  Cappriccieo has held a variety of high-level positions including being tasked with starting the Atlanta SESAC (Society of European Stage Authors and Composers) office, serving as the General Manager of Arrow Records, and CEO of his own company – Mytrell Records (distributed by INgrooves-Universal Music Group).

In addition to his roles as Music Publishing Executive, Cappriccieo serves on the Board of the Atlanta Chapter for the National Association of Record Industry Professionals (NARIP), the Board of the proposed Backstage Entertainment Federal Credit Union, is a former member of the Atlanta Chapter Board of Governors for the National Academy of Recording Arts and Sciences (NARAS), and was both former President and Vice President of the Georgia Music Industry Association.

In 2013, Sir Scates retired from the United States Army and National Guard after a combined 20 years of service.  Cappriccieo jokingly tells the story of a time when he was at the Grammy Awards sitting near Beyoncé prior to reporting into his service post for the National Guard.  To say that Cappriccieo is a multi-dimensional man would be an understatement.

In 2018, while waiting backstage at a music awards show, Cappriccieo was approached by a fellow presenter who suggested he’d make a wonderful United Nations Ambassador.  At the time, Cappriccieo simply handed over his business card and didn’t give the interaction a second thought.  Fast forward several months, Cappriccieo had undergone a thorough vetting process and was being flown to Vienna as one of 17 chosen United Nations Ambassadors!  Always the consummate professional and diplomat, the newly minted Ambassador Scates was also Knighted on September 14, 2018, into The Royal Order of Knights of Malta of Africa and The Diaspora.

The Author and Professor

A believer in the importance of education, Cappriccieo has an MBA, Ph.D., and has seriously considered obtaining a law degree.  In 2004, Cappriccieo authored “10 Steps to Successfully Managing Recording Artists – A Guide to Effective Artist Management” and in 2018, followed up with “The 11th Step I Missed”.  Both books continue to inspire novice and veteran music professionals all over the world.  In addition to his books, Cappriccieo has served as an adjunct professor and guest lecturer at esteemed institutions.  He is passionate about ensuring the success of the whole artist (career, life, and legacy), not just the creative music making talent.  He makes this clear in his second book by stating, “if you think education is expensive, you should try ignorance”.

When I asked about his core beliefs, Sir Scates’ response was “maintaining the order of God, family, and work”.  He also candidly explained that he did not understand this order earlier in his life and career.  Having triumphed over many of life’s hurdles, Cappriccieo serves as a source of inspiration for his mentees and students.  He is transparent when reflecting on how learning to prioritize his faith, family, and work were lessons that were learned through overcoming these hurdles.  In his words, “wife, mansion, Bentley will become divorce, foreclosure, and repossession” if not properly maintained.  Cappriccieo candidly shared that he’s unfortunately experienced all of these highs and lows.

A devoted father of 5 and grandfather of 7, Cappriccieo believes that legacy is the ultimate success.  Beyond all of his accolades and awards, Cappriccieo adamantly states that one of his greatest accomplishments was having the honor of officiating his oldest daughter’s wedding in 2019.  Although nervous about being given such a huge responsibility, he rose to the occasion and admittedly did a wonderful job.  Inspired by his beautiful late grandmother (Helen Marie Lewis – an activist, community leader, and philanthropist), Cappriccieo established The Helen Marie Foundation; a non-profit organization with the purpose of rendering critical assistance to artists, musicians, and athletes in times of need.

Certain people have a light that shines and makes those they encounter feel special. Cappriccieo is one of those people.  When asked what’s next, he smiled and said “I am going after everything that God promised”.  He went on to share his personal slogan… “your floor is someone else’s ceiling.  Always be appreciative for where you are, but never stop trying to reach the next floor.”

There is no doubt that this Man Behind the Music will continue impacting the world through his service to artists.  One song at a time.

“My music is the spiritual expression of what I am — my faith, my knowledge, my being…When you begin to see the possibilities of music, you desire to do something really good for people, to help humanity free itself from its hang-ups…I want to speak to their souls.” – John Coltrane

Published in Business, Los Angeles, Opinion, Uncategorized, US and World