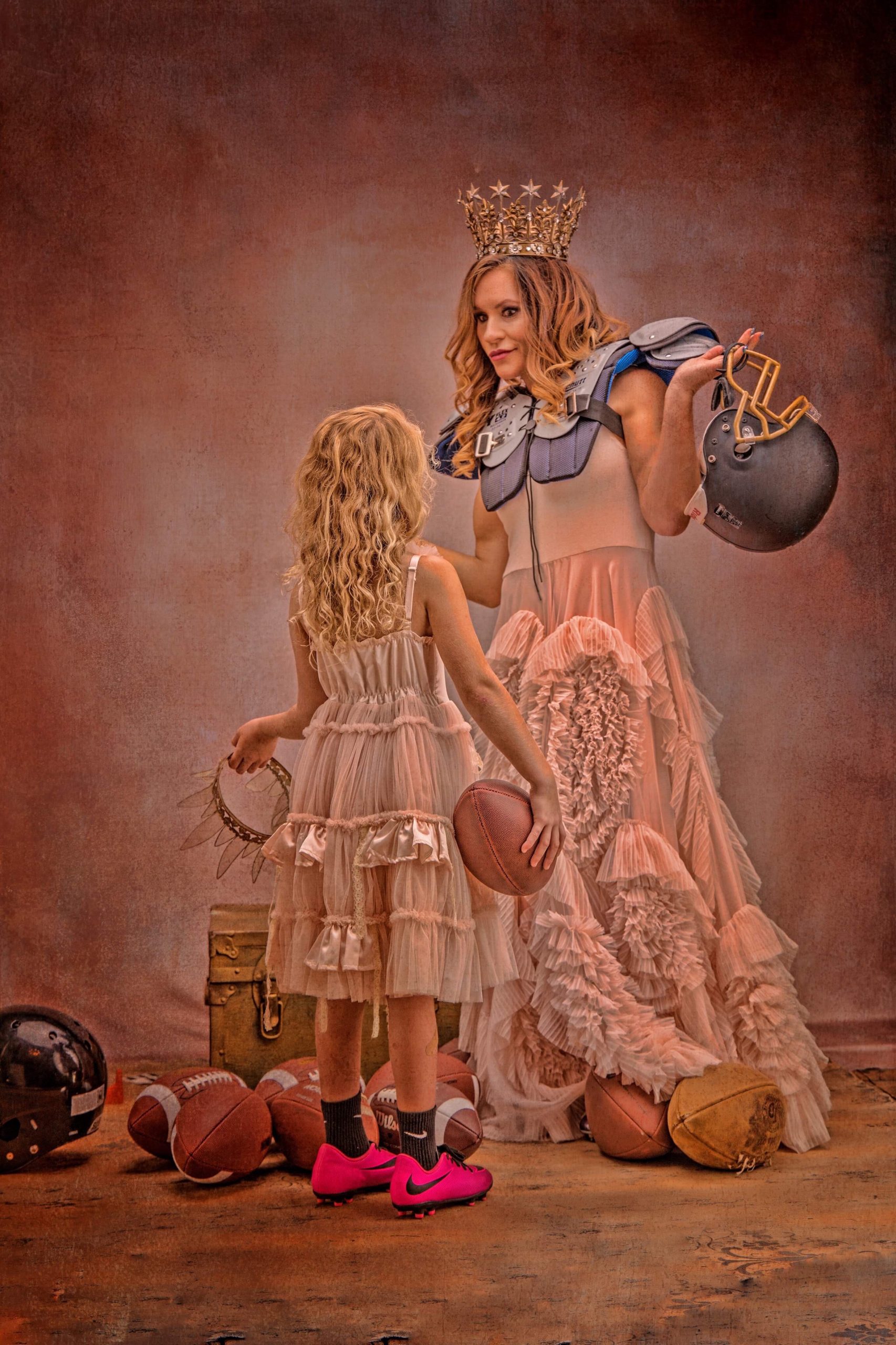 During my first conversation with football legend, Dr. Jen Welter (Dr. Jen or Coach Welter), I was fortunate to receive a mini-course in determination, blazing trails, perseverance, strength, and confirmation that no matter how others treat us – we can still win.  That initial conversation lasted two hours, yet could have continued for another two.

Dr. Jen, the 5’2” Florida native is a POWERHOUSE with energy that precedes her entry into any room.  This same energy is what kept her head held high as she continued walking into rooms that many have not wanted her in.  Dr. Jen believes that all of our life experiences help to make us better.

Dr. Jen’s formal education includes degrees in Marketing, Human Resources, Sport Psychology, and a Ph.D. in Psychology.  Her research focuses on groundbreaking data regarding inherent bias in tests that sports organizations have used for decades to determine athlete viability.  This is one of the many examples of how Dr. Jen has invested years in learning about the mental and physical wellness of athletes.  As the Founder of Grrridiron Girls flag football camps, she empowers young women through skills that follow them off of the football field and throughout life.

A veteran of several women’s semi-pro and professional football teams, Coach Welter played defense for the Massachusetts Mutiny, Dallas Dragons, and Dallas Diamonds and was also a gold medal-winning member of Team USA at the International Federation of American Football Women’s World Championships in 2010 and 2013.  In February 2014, Coach Welter made history as the first running back signed to a men’s professional football league (Champions Indoor Football), when she was added to the Texas Revolution’s roster.  She also became only the second woman to play a position other than a holder or kicker on a men’s pro team.  In 2015, Coach Welter continued to make history when she joined the Arizona Cardinals as the FIRST female to coach in the NFL.  Many don’t know that prior to her time as an NFL Coach, she actually played the position of Running Back in the League.  Over the last few years, Coach Welter has continued winning.  Some of her wins included becoming the Head Coach of the first Australian Women’s National Team in 2017, partnering with Adidas for her Grrridiron Girls Camps in 2018, and returning to men’s professional football as a Defensive Specialist for the Atlanta Legends.

Coach Welter affectionately calls the football players that she coaches “her guys”.  Over the years, these players have become mentees, brothers, and sons.  Many she continues to keep in touch with.  During this time of racial tension in our country, Coach Welter has served as a source of advocacy and support for minority athletes.  Her courage to speak openly about racial injustices has been an endearing sign of the commitment she has to her family.  She uplifts, supports, and stands on the front lines with them.  Being “unwanted in the room”, has given Coach Welter the ability to empathize with her players on a deeper level.  They are her family, and she is theirs.

When asked about her love of dresses and her awesome “married to football” boots that she wore during a recent speaking engagement, Coach Welter responded that she doesn’t believe that people are one dimensional.  This female football legend loves a great dress and even launched a nail polish brand appropriately called kick[gl]ass.  Like anything else that she touches, the name of her nail polish symbolizes more than just shiny nails.  The Queen of Football epitomizes what it means to own her feminity through confidence, strength, and love.

As the author of eight books, including “Play Big, Lessons in Living Limitless from the First Woman to Coach in the NFL” and the recent “Critter Fitter” children’s book series, Dr. Jen continues to inspire generations of women.

While the Covid-19 pandemic has hindered progress for many, in true legendary fashion, Dr. Jen hasn’t slowed down much.  Los Angeles, CA is Dr. Jen’s home base, where she’s busy promoting her Critter Fitter book series (https://getcritterfitter.com/), created to help parents discuss emotional and physical health topics with children in a fun and inspiring way.  Dr. Jen Welter, the Queen of Football is just getting started.

Published in Business, Exercise, Opinion, Uncategorized, US, Wellness and World