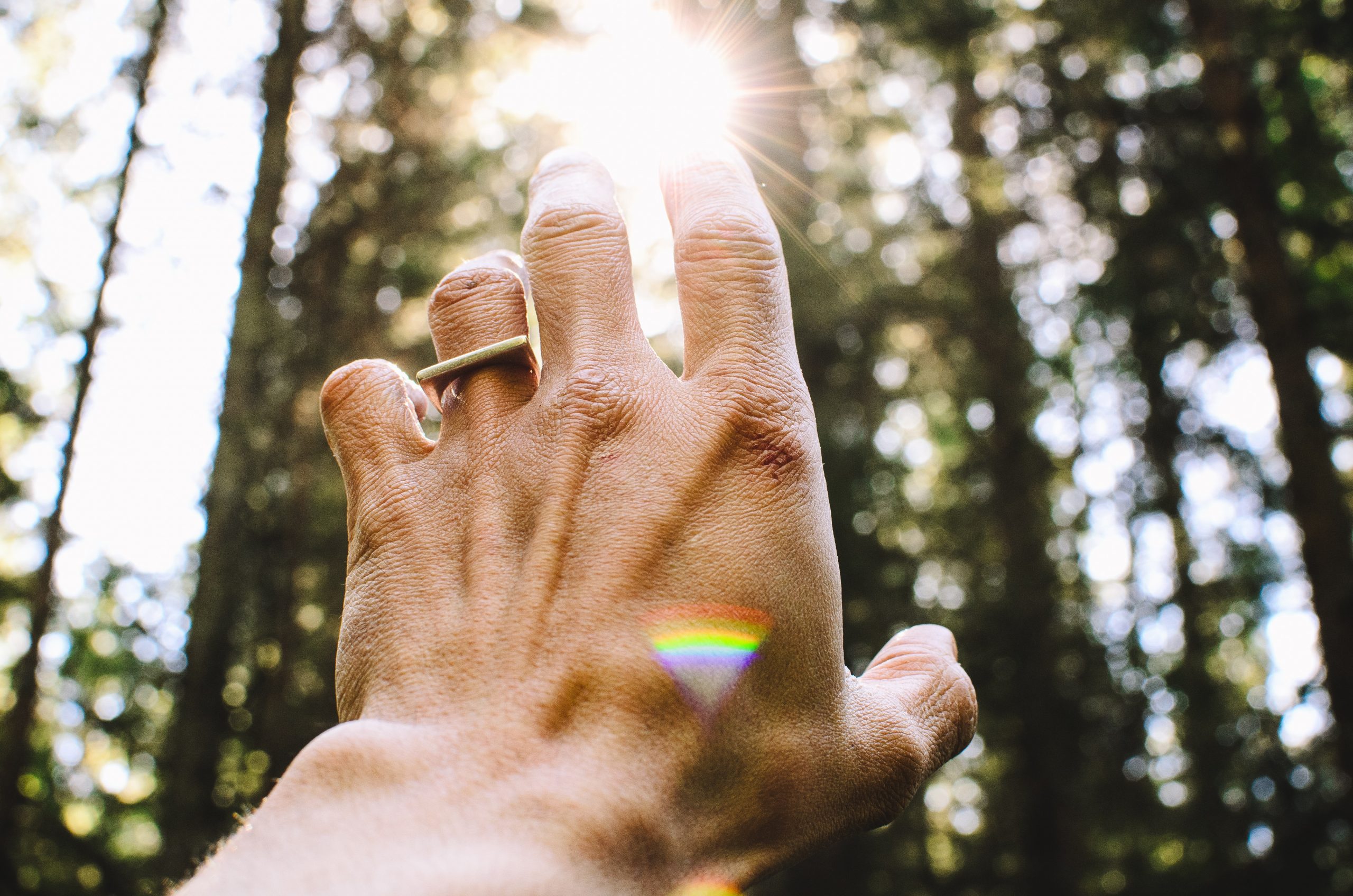 How a Haunted House Healed Me: The Journey-Centered Life

It’s hard to know what moments of crisis are going to lead to something beautiful. How do you tell when you’re a butterfly in a chrysalis, or just buried in shit?

For me, two difficult seasons that ran in tandem ultimately led to great transformation. They led to the moment when I stepped into my truth, and my power.

One was a health crisis: the moment chronic pain, fatigue, and brain fog from fibromyalgia and migraines reached a boiling point, but that’s a story for a later column. The other was my super haunted house. That’s the story I’ll tell you today. Buckle up.

Our house in Orange County is built, as many here are, on grounds once densely populated by native peoples. Burial sites are frequently discovered – and built over without concern or respect. Areas that used to team with indigenous people now host residual activity – energetic imprints without conscious direction. And there are the spirits of disturbed people who rightfully have strong feelings about what we’ve done here.

Let’s add a layer onto that: in the specific house where we live, a woman died.

But let me back up. She and her husband bought this house when the tract was built in the early ‘70s. For forty years, they lived their lives here and raised their two sons. For the last decade or more of his life, the husband was bedridden in what is now the room my two sons share, suffering from a myriad of physical ailments. His wife, true to her vows, cared for him day in and day out. When he finally passed in hospice, as sad as it was, they were both ready for the next chapter: him freed from his failing body, and her freed from the role of the constant nurse.

She set out to start a new life, buying a fancy new bed, a flat-screen TV, and embarking on her first cruise. She enjoyed her new life and was thrilled when her older son married a sweet woman and had her first grandchild. One night, she got out of bed, went to the bathroom, and fell down dead. Right over there, ten feet from where I’m writing this story.

As soon as they could talk, both my boys began pointing to floating balls of light, and talking about “Nice Lady.” It was creepy, but generally not scary. And then things began to escalate with the boys seeing full-body apparitions, “monsters,” and hooded figures that hissed. It became hard for my youngest to sleep with all the balls of light whizzing through the room, and my oldest had frequent night terrors. They both refused to be alone in any room of the house. Our dog was my constant shadow, nervously underfoot wherever I went.

… I don’t mind telling you I freaked out a bit. Quietly, internally, so as not to traumatize my child, but Oh. My. Lanta.

The straw that broke the camel’s back was the night my youngest, then three years old came running into our room and fussed around in bed, unable to sleep. Finally, he whispered to me, in the creepy way adorable little children somehow do, “Mama, I don’t like da men.” “What men,” I asked, thinking he saw something scary on TV, “like in a movie?” “No,” he said. “Da two men. Dey have big baaaad owies,” his little hand making a slicing motion towards his forehead. “Oh,” I said, trying to remain neutral. “Well are they going to be ok?” Slowly and sadly he shook his head, “Nooooo.” “Where are the men?” I asked. Lifting his chubby finger, he pointed to the side of the bed, “Wite dair.”

I don’t mind telling you I freaked out a bit. Quietly, internally, so as not to traumatize my child, but Oh. My. Lanta.

By this point, we had saged, sprinkled holy water, prayed, done everything friends and the internet suggested. I realized that it was time to bring in a pro, so I invited over a friend who also happened to be a Reiki healer, animal and human spirit communicator, and a skilled massage therapist. I had been taking classes in chakra healing from her, so I deeply trusted her to help us. If you recall, she was my gateway number 2 mentioned in this post.

… until we learned to work with our gifts, other problems would always arise..

In short order, she closed the portals, asked the native spirits to kindly choose a path that was NOT through our bedroom, and convinced Nice Lady that it was safe to cross over and be at peace. Even more, she began my true education into my soul purpose: she gave me the truth that I, and my husband and sons, are all lights. We are healers by purpose, so those needing help will be drawn to us, like a searchlight in the dark. She had fixed the current problem, but until we learned to work with our gifts, other problems would always arise, no matter what house we lived in, or how much sage we burned.

A mother on a mission, I first learned to shift my own emotional energy, moving out of negativity, anger, and insecurity into joy, peace, and love. In the beginning, it was a conscious effort. I had to maintain constant vigilance, catching myself falling into old patterns and making the effort to shift into an emotion that would carry me through the experience in a more positive manner. It was not always easy, but the results were astounding. Then, I began to teach my sons how to shift. In this article, I share with you an easy exercise to change your own emotional state at will. It’s powerful and transformative.

At the same time, my health issues had reached a crisis point, and I began to learn my first healing modality, Emotion Code. It was this modality, combined with chakra cleansing and inner work that ended my health issues. Not only did the pain and brain fog decrease, but my anger also decreased. I found myself reacting to triggers and annoyances more calmly, rationally, and effectively. Not because I was trying, but just because.

Not only was I dealing with living people better, but I was also able to deal with the disembodied ones better, too. Rather than emotions of fear and anger, when spirits showed up, I felt love and compassion for them – because ultimately they were just people who were lost, alone, cut off from peace by their dysfunction – and that’s not scary, that’s sad.

That was the beginning. There’s so much more, but that dark time of ghosts, and nerve pain, and searing migraines, and flying orbs was the best thing to happen to me.

I want to hear from you! What dark, difficult time led to a beautiful transformation? What changed your life in a way you never saw coming?