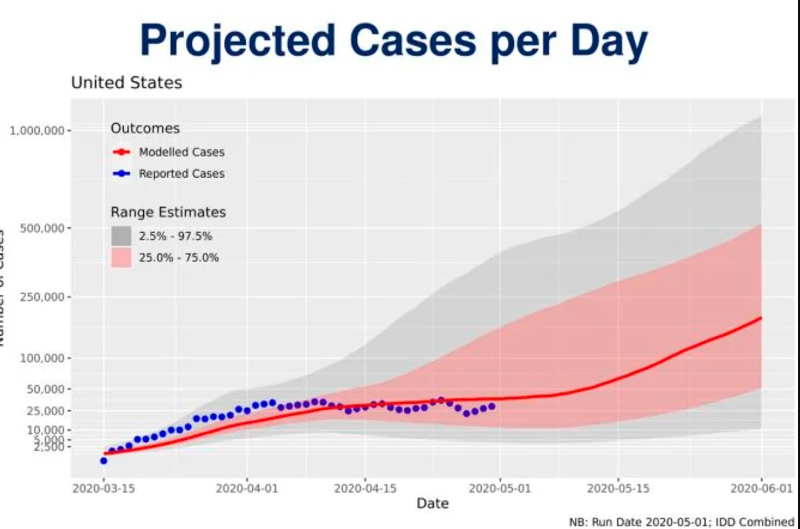 As President Trump presses for states to reopen their economies, his administration is privately projecting a steady rise in the number of cases and deaths from the coronavirus over the next several weeks, reaching about 3,000 daily deaths on June 1, according to an internal document obtained by The New York Times, nearly double from the current level of about 1,750.

The projections, based on government modeling pulled together in chart form by the Federal Emergency Management Agency, forecast about 200,000 new cases each day by the end of the month, up from about 25,000 cases now.

The numbers underscore a calming reality: While the United States has been dug in for as far back as seven weeks, very little has changed. Furthermore, the reviving to the economy will exacerbate the situation.

The Tribune Editorial Team
More from ScienceMore posts in Science »